Most people in Ireland stopped believing in fairies when electricity arrived, this legislator believes they’re alive, well, and up to no good. 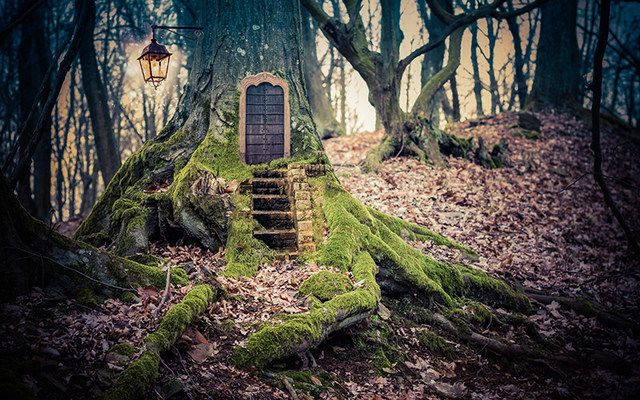 An Irish politician believes fairies have set up a home in Kerry and are destroying the roads. iStock

Danny Healy Rae, a legislator (TD) for Kerry, is apparently convinced that the poor state of the main Cork-Killarney road is down to fairies up to no good.

Healy Rae’s daughter, Maura, serves as a county councillor and, in the middle of a debate on whether to ask for Government funding for the road, Cllr Healy Rae told her colleagues that her father, Danny, was “convinced” that fairies had set up home in the parish of Glenflesk near the road.

"My father is convinced there are fairies there," Healy Rae told her colleagues.

"Did he see them?" Killarney Mayor Niall Kelleher inquired.

"I don't know, but he's convinced they're there," she countered.

Whilst belief in fairies was once common in Ireland, the coming of electricity in the 1940s undermined the superstition to such an extent that few people give their existence much credence anymore.

Healy Rae is a much-maligned figure amongst Irish liberals for his unashamed traditionalist, Christian beliefs.

Last year, he said that the existence of Noah’s Ark validated his belief that climate change was not occurring.

“I’m basing my view on facts,” he said at the time. “The facts are there and history proves it.”

"We had the Ice Age. We had Noah's Ark. We had all those stories. We've proof of the Famine in 1740, which was caused by two years of incessant rain."In a debate in Dáil Éireann (Ireland’s Parliament) he said the country shouldn’t bother investing in a weather forecasting as, “that won’t change the weather”.

“God above is in charge of the weather and that we here can’t do anything about it,” he told some surprised colleagues.

More controversially, the former publican said drinking a few pints had no effect on a person’s ability to drive.

“Three glasses of Guinness will not cause anyone to have a fatality,” he said.

At a committee hearing into the problem of drink driving, he did say, however, that people should be careful about eating too much before driving.

"Can I just say to you,” he told Transport Minister Shane Ross, “and many people will agree with me, if you actually eat too much and get in behind the wheel of a car, you are a danger on the road because you are liable to fall asleep after eating a big meal.

"I for one, when I am going home out of here this evening, when I know that, I won't eat going in behind the wheel because I know what it will do."

The two Healy - Rae brothers, Michael (centre) and Danny (right), arriving outside the Dail on top of a jeep with family and supporters to celebrate their election as TD’s in Kerry. Image: RollingNews.ie

Healy Rae’s father, Jackie, was first elected an independent TD for South Kerry in 1997; when he retired in 2011 Danny's brother, Michael, won the seat.

In 2016 Michael was re-elected a TD for the new Kerry constituency; under Ireland’s system of proportional representation, constituencies have three to five legislators each and Michael was so highly regarded by locals that Danny was elected as well.

The pair is considered extremely diligent when it comes to fixing problems in the constituency and many locals regard them as an authentic voice of rural Ireland.

Critics, however, have previously derided them as “gombeens” - a pejorative word for a crooked, usually rural, politician - and backward-looking.