The man's body was discovered at Knockbrack, Tullaghan in County Letrim on May 1, 1986, but has never been identified in the intervening 35 years. 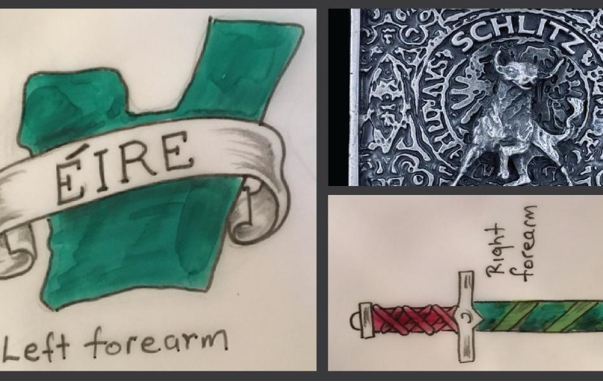 The man had distinctive tattoos on each arm and worse a belt with the words "Schlitz" and "Malt Liquor. Garda Press Office

Gardaí have issued a renewed appeal to help identify the body of a man that was discovered 35 years ago on the coast of Leitrim.

The man's body was discovered at Knockbrack, Tullaghan in County Letrim on May 1, 1986, but has never been identified in the intervening 35 years.

A post-mortem was carried out shortly after the body was discovered but was unable to provide a positive identification. The man was subsequently buried at St. Clare's Cemetery in Manorhamilton, County Leitrim.

Gardaí at Manorhamilton Garda Station said on Sunday that the man was thought to be aged between 30 and 50, while he was believed to have measured between 5 ft 4 and 5 ft 7 in height.

The man also had distinctive tattoos on each arm, according to a Garda statement.

The man was wearing blue Wrangler jeans and a dark leather belt with a picture of a dog and the words "Malt Liquor" and "Schlitz" or "Schlutz".

He was also wearing brown shoes with rubber soles made by JBees or B. Jees.

In 2021, the Garda Missing Persons Unit arranged for an exhumation to obtain a DNA sample to check against the Missing Persons Database, and inquiries to establish his identity are continuing.

Anyone with information regarding the man's identity is asked to contact Manorhamilton Garda Station (071) 982 0620, Garda Confidential Line 1800 666 111, or any Garda station.