Help is at hand for sufferers, as experts are available now to work out pre-Christmas solutions for people with eating disorders. 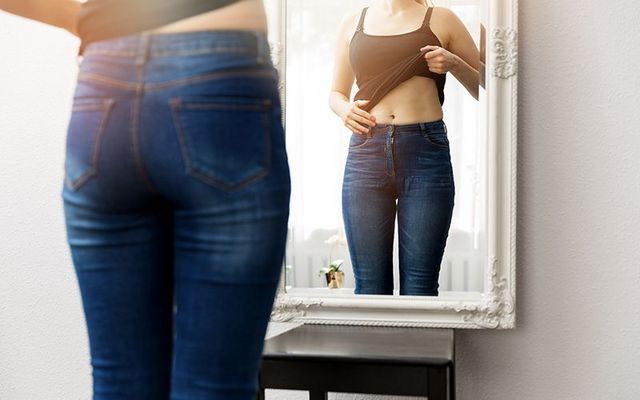 Living with an eating disorder at Christmas can be hard.

Help is at hand for sufferers, as experts are available now to work out pre-Christmas solutions for people with eating disorders.

Irish people with eating disorders tend to feel more overwhelmed by Christmas dinner than other meal in the year, experts have revealed.

Many sufferers of conditions like anorexia, bulimia, and binge-eating will have started to panic about the prospect of being served a traditional calorie-laden festive banquet on December 25 as early as the beginning of October.

And for those battling eating disorders, the additional pressures of sitting down with extended family members can make the Christmas dinner experience even more daunting.

Bodywhys, Ireland's national voluntary organization which supports people with eating disorders, said it's already preparing for an anticipated surge in calls in January from sufferers who will have found the Christmas dinner experience too unbearable.

Read more: 200,000 Irish have eating disorders -- what you should know

Harriet Parsons, training and development manager at Bodywhys, said, "A lot of people with eating disorders start to worry about how they're going to cope with Christmas dinner back in October.

"It's a particularly anxious time for anyone who has an eating disorder because the portions tend to be bigger and you have less control over what you're being served.  The experience can become even more challenging if there are other family members round for dinner, because you'll be sharing a table with people that you don't normally eat with.  And if you're not at your own home and someone else that you're less familiar with is doing the cooking, that too will cause a lot of stress. So there are a lot of factors that come into play."

Parsons also warned that the tendency for people to over-indulge and socialize more in the run-up to Christmas makes the entire holiday season stressful and isolating for sufferers, not least the period between Christmas Day and New Year.

Read more: Irish actress comes third in Dancing with the Stars, opens up about how Harry Potter saved her

"The build-up to the season, changes in routine, and expectations around socializing and food can contribute to stress, pressure and conflicted thoughts and feelings,” she said.

She also said that a lot of sufferers will have developed an unrealistic "all-or-nothing" approach to the festive season, whereby they deny themselves food in the weeks building up to their Christmas dinner.

But Parsons stressed that help is at hand for sufferers, as experts are available now to work out pre-Christmas solutions for people with eating disorders -- including those with orthorexia, a lesser-known condition which is defined as an obsession with healthy eating.

According to recent research, Irish adults gorge an average of 3,289 calories on Christmas Day - which, along with the British, is the highest calorie count in Europe.

A festive diet, which includes turkey and ham, roast potatoes, Christmas pudding, booze and chocolates, is likely to add as much as two pounds to a person's weight between Christmas Eve and St. Stephen's Day.