A young Irish nurse from Donegal was killed on Friday when the Uber taxi she was traveling in was hit by the fallen branch of a eucalyptus tree in Australia. 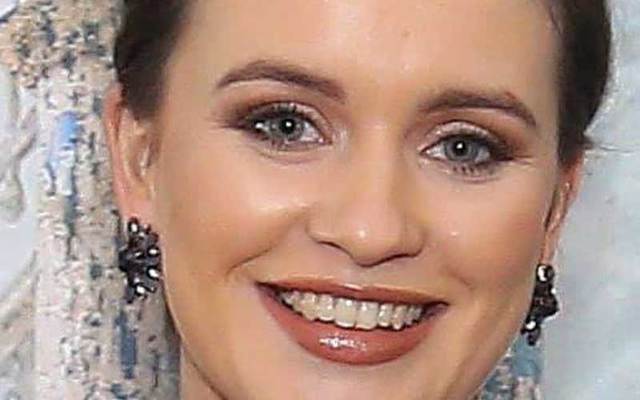 Mary Ellen Molloy, 26, from Co Donegal, was killed in Australia when a tree branch fell on the taxi she was traveling in. Ardara GAA/Facebook

A young Irish nurse from Donegal was killed on Friday when the Uber taxi she was traveling in was hit by the fallen branch of a eucalyptus tree in Australia.

Mary Ellen Molloy, 26, who was a staff nurse at the Royal Melbourne Hospital, passed away at around 4pm Irish time on Friday.

An expert says Australia's record heatwave could have caused the tree to suffer from heat stress, which caused the branch to fall.

According to DonegalLive.ie, it is understood from preliminary reports that she suffered a heart attack en route to the hospital.

Molloy is from a well-known family. The Irish Times reports that her uncle is Donegal’s All-Ireland GAA captain and Fianna Fáil county councillor Anthony Molloy.

She is survived by her parents Terence and Angela Molloy, and her brothers John and Karl.

Speaking  behalf of the family on Saturday morning, Anthony Molloy said: "I would like to sincerely thank the hundreds of people from both home and abroad for their support. As a family, we are just numb with grief.

"The house will be private for the next day or two to allow the family to come to terms with their grief. This is every parent's worst nightmare."

Another woman, also believed to be from Co Donegal, was in the car at the time of the accident and suffered head and back injuries, but her injuries are believed not to be life-threatening. The driver of the vehicle, a 38-year-old man and the front seat passenger, a 25-year-old woman, were not injured.

We awaken today as a Parish, numbed by the news from Australia of the death of Mary Ellen Molloy in Melbourne yesterday...

According to Australia news website The Age, Tim Michau, a senior arborist in Melbourne, said the fallen tree branch could have been the result of Friday’s sweltering temperatures.

“It can very much be the result of heat stress. [Trees] do perspire and sweat like most living things, and every living thing needs water,” he said.

“When they’re excessively sweating or releasing the water out of their systems, they’re also being drained of all their good nutrients, and it is a problem...a branch can weaken or fail.”

Australian police are carrying out a full investigation into the circumstances surrounding the tragedy.

Meanwhile, arrangements are being made for Molly’s remains to be returned to Ireland for her funeral.

Royal Melbourne Hospital issued a statement on her tragic death.

“We are supporting the family and colleagues of one of our nurses who tragically died when a tree fell on her car,” the statement said.

“We send our deepest sympathies to the nurse’s family and friends, who are grieving over this heartbreaking loss.”

A spokesperson for Ardara GAA also posted a message of sympathy on the club’s Facebook page.

“We awaken today as a Parish, numbed by the news from Australia of the death of Mary Ellen Molloy in Melbourne yesterday evening. Mary Ellen was a beautiful girl with a permanent smile who lit up every room she walked into,” the statement said.

“Her love for her family was always so evident whenever they were together, and we can only imagine the grief that Terence, Angela, John Ross, Karl Joseph and the Molloy and Gillespie families are feeling at this time.

“As a community, we have lost yet another shining light and as ever, we will do whatever we can to assist them at this terrible time. God Bless everyone who knew and loved the beautiful girl from Edergole. God Rest you Mary Ellen x.”