Mother Irene Gibson and Sr. Anne Marie traveled from Cork to Dublin to attend an exorcism of the Dáil in December when inter-county travel was banned. 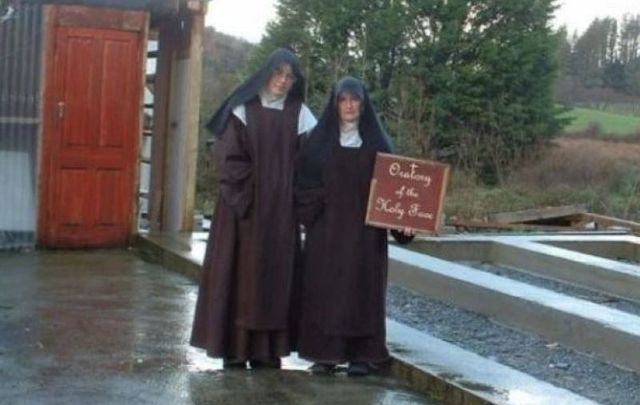 Mother Irene Gibson, of the Carmelite Sisters of the Holy Face of Jesus, and her colleague Sr. Anne Marie, originally from New Zealand, traveled to Dublin to attend the exorcism on December 8 at a time when inter-county travel was banned.

According to The Irish Examiner, the two nuns attended the exorcism and later attended a mass in Herbert Park in South Dublin. The event attracted up to 70 people at a time when outdoor gatherings were limited to 15 people.

Fr. Giacomo Ballini said the mass and told attendees that "no human power can take away the right to say Mass".

Fr. Ballini is a member of The Society of St Pius Resistance, a splinter group of the controversial SSPX, which was founded after a bishop clashed with the Vatican over reforms in 1970.

Fr. Ballini's group is not "in communion" with the Catholic Church and the priest has been operating out of a farmhouse in Drinagh in County Cork.

Meanwhile, Mother Irene Gibson and Sr. Anne Marie were convicted of breaching the Planning Act in relation to unauthorized structures at their compound in Curran South, West Cork, and the two nuns have been ordered to leave the compound by summer.

The two nuns have launched an online fundraising campaign in an attempt to purchase property when they are removed from their West Cork compound.

Their "urgent" GoFundMe appeal has raised more than €77,000 ($93,000) and Mother Irene Gibson said that they could now afford to buy a new compound.

On February 4,  Eremita Irma Irene, said in an update on the page: "We have good news to share with you all! Your outstanding charity toward our needs has finally made it possible for us to purchase some property. How has this been possible when the children of darkness have done their utmost to try and crush us?"