Irish mother Stephanie Farnan said only one in ten people survive the type of stroke she suffered. 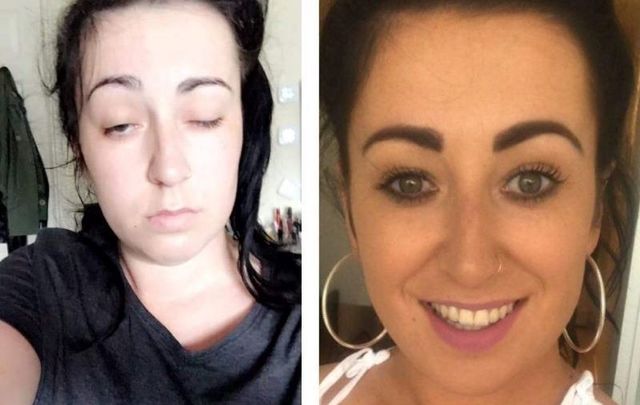 Irish mother Stephanie Farnan survived a severe stroke thanks in part to a selfie she had taken shortly before it occurred.

Read More: Irish grandfather appeals for funds to fly home after suffering stroke in the US

On the morning of August 23, 28-year-old Stephanie was discovered unconscious in her bedroom after her father went to her house, concerned as she had not turned up to drop off her 4-year-old son.

Stephanie’s brother is being praised for his quick thinking in searching Stephanie’s phone, which revealed that she had messaged a friend at 7:57 am and taken a selfie at 8:21 am, only 15 minutes prior to being discovered.

The timeline allowed doctors to devise a plan of action as Stephanie was transported to the hospital. Though only one in ten survive the type of stroke that Stephanie endured, she was able to receive anti-clotting medication and was rushed into surgey where she had a successful angio-seal completed.

Farnan told The Irish Sun: “I was lucky in the way that it worked out. It was daytime so all the doctors were on duty in Wexford General Hospital and again in Beaumont Hospital after I was transferred there."

"I don’t remember taking the picture or anything from that morning. I just remember getting up and getting a head-rush and the next thing I remember is waking up in ICU in Beaumont.”

In the post, Farnan said she had been ignoring the signs of a stroke for two days prior to the incident, thinking the symptoms were being caused by her not wearing her glasses. She says now that the stroke could have been prevented had she gone to the doctor earlier.

While the mother-of-one is facing “a long road of recovery,” she is overwhelmingly thankful for her “second chance.”

A GoFundMe has since been launched to support Farnan who is now using a cane, partially blind in one eye, and unable to work.

Read More: Irish mum will be buried with newborn baby son in her arms after hospital tragedy

The American Stroke Association indicates the below symptoms as a sign of stroke: