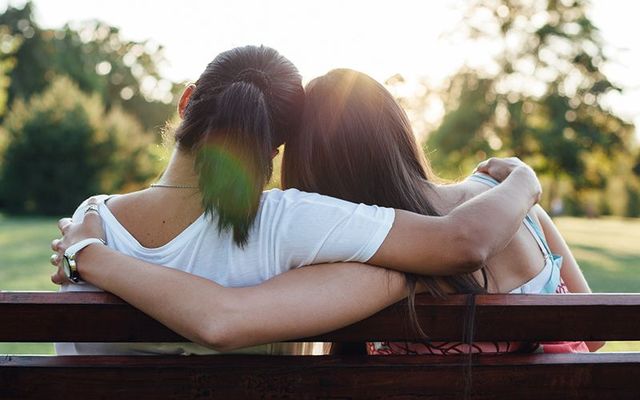 An Irish mother says her own experience with cults helped her become aware of the signs that her own daughter was being preyed upon by NXIVM. Getty

An Irish mother has shared her own experience rescuing her daughter from the notorious cult NXIVM.

In a blog post on Frank Report, the unnamed Irish mother says her own experience with cults helped her become aware of the signs that her own daughter was being preyed upon.

The Frank Report is a blog run by Frank Parlato, who had insider access to the NXIVM cult as he used to work as a publicist for the group. He is now dedicated to bringing down the head of the group, Keith Raniere.

In 2017, Parlato penned a revealing blog post about NXIVM and their sadistic branding ritual in hopes of exposing Raniere.

“Before that,” Parlato says, “no one was paying attention. It was the branding that made people understand what was really going on.”

In this shocking exposé and powerful depiction of a mother’s love and determination, Catherine Oxenberg (@catoxenberg) lays bare a secretive organization that is holding her daughter hostage. Read the highly anticipated CAPTIVE on 8/7: https://t.co/n7MSF40QjP pic.twitter.com/fSKDUmHzki

After he gave a tip to the FBI, Parlato maintains that “None of the branding and blackmail would have happened if the government wasn’t so incompetent.”

Initially pitched as a self-help and self-love course, NXIVM has now been exposed to be a sex cult operating under the leadership of Keith Raniere.

Thankfully for one Irish mother, she was able to spot the signs of what is actually a cult following her own experiences in being recruited for different cult-like groups.

Read More: What happened to Irish women taken as slaves by Vikings? DNA study reveals all

In her blog post, she recounts being approached for different cult-like organizations beginning as early in her 20s.

“So,” writes the Irish mother in her blog post, “ you can see how I smelt toast burning coming out of NXIVM and the women who were so eager to 'help' my daughter.

“I was able to rescue my daughter from the cult – in the nick of time.

“Who am I to judge? Their powers of persuasion can be mighty.”

Here is an ABC News interview with another survivor of the NXIVM group. WARNING: Some viewers may find this content disturbing:

Should more be done to educate the public about the dangers of being taken in by such unorthodox groups? Let us know in the comments section below.