An Irishwoman and her son have penned a new book recounting the horrors of one British Mother and Baby Home in the 1970s. 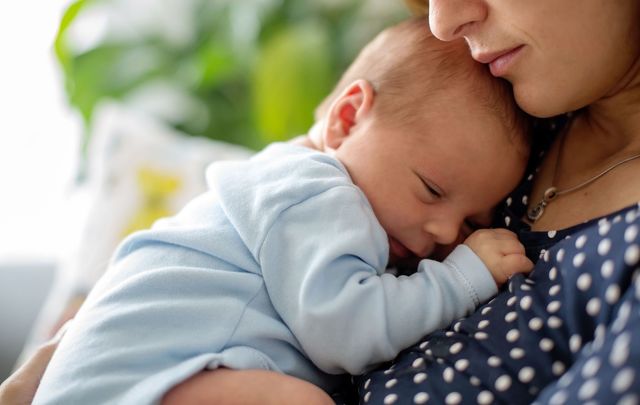 "Bye Baby" tells the story of one Irish woman's experience in a 1970s British Mother and Baby Home. Getty

Irish woman Bridget Donnelly recounts being “classed as scum” during her time at a Mother and Baby Home in the 1970s.

Now living in Australia, Donnelly (nee Reilly) worked with her son Daniel to pen the new book ‘Bye Baby’ about her experience in a British mother and baby home, one that sounds starkly similar to those in Ireland.

At the age of 20, Bridget was in London training to become a nurse when she became pregnant out of wedlock. She remembers being “petrified” of being “banished” to a Mother and Baby Home in Epping.

“We were classed as scum really,” says the Irish woman of her and the other unwed mothers in the institution.

“Nobody ever spoke about looking forward to having a baby.”.

“It should have been a joyful time. There was no joy and no congratulations.”

In the Mother and Baby Home, Bridget gave birth to a daughter, Reynagh, who she was forced to give up for adoption when the baby was 6 weeks old.

“I did say to the adoptive mother, when it was final goodbye, ‘tell her I love her and I didn’t give her away because I didn’t love her’.”

Later, Bridget moved to Australia and married another Irish expat. Together they had three children, and Bridget continued to work as a nurse over the course of her adult life.

Thankfully for Bridget, her daughter Reynagh was able to track down her birth mother and made contact. The two have met several times - a happier ending than most of those that came from Mother and Baby Homes.

Bridget’s son Daniel, a writer, wrote the book Bye Baby after Bridget decided it would be a way of healing.

“I was hesitant about the emotional impact it might have on her. It was really difficult throughout the process and I was worried about her,” said Daniel.

Daniel explained, “I was aware that I had a sister and she had come over here quite a few years back, but mum’s experience and what she went through was something I didn’t know anything about.”

“It’s something she hadn’t really spoken about for more than 40 years.”

Daniel says that he and his mother hope the book can serve as a source of strength to other women who endured the same circumstances. “More than anything, this is a message to unmarried mothers who had similar experiences, that there’s nothing to be ashamed of.”

“Even if they still feel a sense of guilt, they should be proud of the fact that they brought a child into the world, which is the greatest gift.

“There are people who want unmarried mothers to stay silent because it suits their agenda and protects the reputation of their family name but women should not feel silenced anymore.”