Gay rights, same-sex marriage, married priests and gay families will all be on the agenda when Pope Francis visits Ireland later this month. 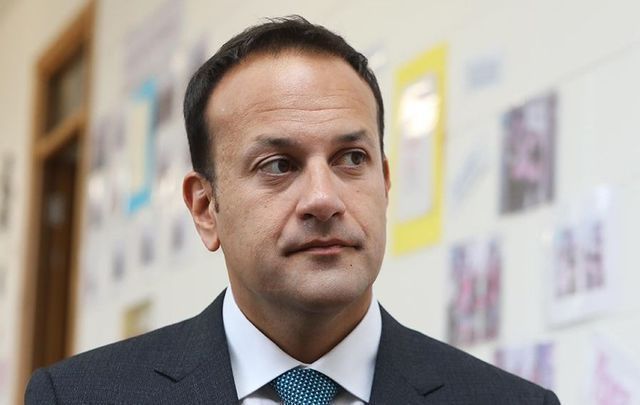 Gay rights, same-sex marriage, married priests and gay families will all be on the agenda when Pope Francis visits Ireland later this month.

Irish leader Leo Varadkar will bring up same sex marriage to Pope Francis when he meets him in Ireland on August 25th saying that such marriages are the same as any conventional marriage and should be treated as such by the church. Varadkar is Ireland’s first gay leader.

Questioned on what he would say to the Pope about the ignoring of gay families by the World Meeting of Families, Varadkar said he would express “our view as a society and as a government that families come in all sorts of different forms and that includes families led by same-sex parents.”

Pope Francis is visiting Ireland to celebrate World Family Day, but LGBT groups have stated that same sex marriages are being deliberately ignored and treated like they are not families.

Varadkar will also raise Church abuse issues. “I’m not sure exactly what the detail of my interaction with him is going to be,” Varadkar said at a media briefing last Tuesday. “[The reception at] Dublin Castle may be very short but, first of all, I will want to welcome him to Ireland and, if the opportunity arises, I will certainly want to express to him the real concerns Irish people have in relation to the legacy of the past, in relation to issues such as the church’s involvement in Magdalene laundries, mother-and-baby homes, and sexual and physical abuse.”

Katherine Zappone, the minister for children and youth affairs, also LGBT has said she will raise the issue of gay families being treated respectfully by the church.

Josepha Madigan, the culture minister, has stated said in June she will ask Pope Francis to to allow priests to marry.

About 170 invitations to the reception are being issued this week by the Department of the Taoiseach The Irish Sunday Times reports that “It is unclear whether the taoiseach, who is gay, will be accompanied by his partner.”

Mary McAleese, the former Irish president also outspoken on gay issues since her son came out is expected to be on the invitation list. She was banned from speaking because of her outspoken views. Varadkar said he might address this issue also with the pontiff. “You know how these things go,” he said. “They’re about 15 minutes and you’d love to mention it if there is time.”

Asked if he would introduce a ban on the wearing of burkas in public places as Denmark has just done, Varadkar said the Irish government does not propose to do so.

“I don’t like it but I think people are entitled to wear what they want,” he said. “I believe in freedom of religion.”