Do you think it’s acceptable to hit a horse to get it to behave? 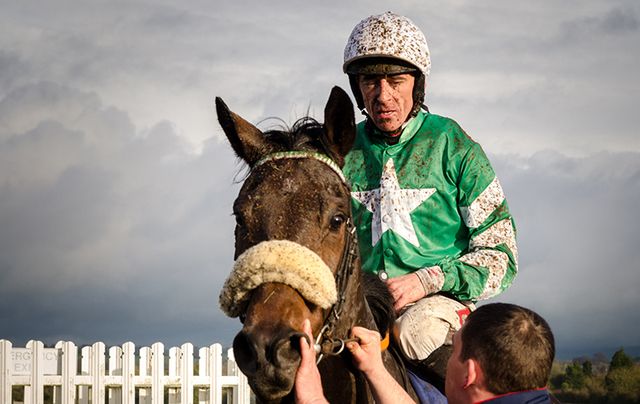 An Irish jockey has denied punching a horse in the head at the Irish Turf Club in Tramore, County Waterford. TV footage appears to show Davy Russell strike his horse, Kings Dolly, after he tried to jump over a trial hurdle on the track before the race.

The incident is now under investigation by the Turf Club.

“It is being fully investigated,” CEO Denis Egan announced. “We will examine whatever footage is available and decide whether any rules have been broken.”

Russell, however, has gone quiet on the issue.

have a look look like it to me haha pic.twitter.com/h2lZvjkvRW

"Unfortunately, the Turf Club is looking at what happened at Tramore so I cannot really go into the specifics,” he told the Irish Daily Mirror.

"The situation with Kings Dolly was an ordinary enough situation and I didn't do anything out of the ordinary.

"I'm not sure everyone on social media quite understands how a thoroughbred racehorse handles at race time, but I am happy to speak to the Turf Club about this.

"I ride every horse to win, no matter what, and would never do anything to hamper its chances."

“Stupid thing to do”

Commentators, by contrast, have been quick to make their points-of-view clear.

Writing in The Racing Post horse owner Simon Holt said, “It’s a stupid thing to do… I don’t think it’s acceptable to punch a horse in any instance.”

Trainer John Berry was more understanding, “I’m sure Davy would be the first person to tell you he shouldn’t have done it, although, in the catalog of animal suffering, it wouldn’t even be a footnote.”

Social media users, however, were much more scathing.

If Davy Russell thinks punching a horse isn't out of the ordinary on the racecourse then I dread to think what he does behind closed doors.

Id ban Davy Russell for life. Punching a horse is beyond question

Always been a fan of Davy Russell but striking a horse like that is way out of order no matter how unruly it was being.

The racing community must now wait for the Irish Turf Club to decide what, if any punishment, Russell’s actions deserve.

Read more: Irish seal shows his appreciation for fish in the sweetest way