An Irish inmate's 22-minute interview with English YouTuber KRN TV is being investigated by the Irish Prison Service. 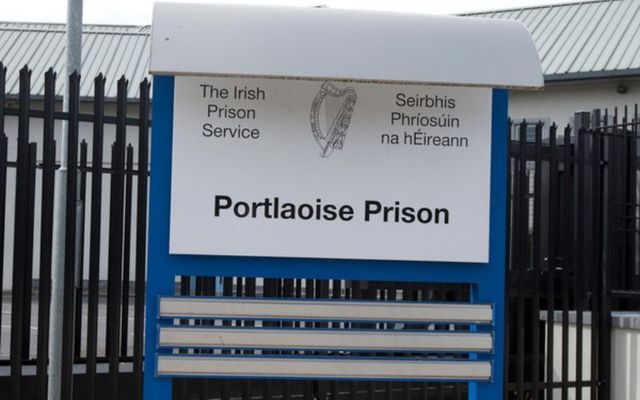 An investigation is underway after an Irish inmate took part in an interview with a true-crime YouTuber based in the UK.

The prisoner, who cannot be named as he is currently in the courts facing charges that could land him more than 10 years in prison, is now facing internal disciplinary proceedings over the interview, according to the Irish Mirror.

The inmate, who is being held at the Midlands Prison in Portlaoise, gave a 22-minute interview with English YouTuber KRN TV even though it is illegal for inmates to have mobile phones in their cells.

The Irish inmate is now facing internal disciplinary proceedings that could see him lose his privileges and be moved to another prison, the Irish Mirror reports. The Irish Prison Service may also refer the incident to An Garda Síochána, which could leave him facing additional charges.

The inmate spoke about life in Irish prison during the 22-minute interview, giving a virtual tour of his darkened cell.

"Conditions for us are fairly good – I can’t complain. I’m sure there are hotels out there that are worse," the inmate said.

"The lights don’t work in here. That’s one thing about the Irish Prison Service – they don’t like to fix things. I have no lights in my cell."

He said phones are easy to obtain in Irish prisons, adding that drugs are also readily available.

He boasted that he smokes two or three ounces of marijuana every week and says he could sell the drugs at a rate of €100 for less than a gram.

He also discussed violence in Irish prisons, stating that inmates are not keen on causing trouble because it "brings heat" on their landing.

He said violence in Irish prisons is usually related to politics or ongoing feuds and said it doesn't happen unless it is necessary.

He also addressed the ongoing Hutch-Kinahan feud and said members of the two crime families are kept in separate prisons, with Hutch members housed in Wheatfield Prison in Dublin.

The inmate also revealed that he has served time in the past for drug and assault charges in Ireland the UK, adding that he even went on the run in Spain at one point.

However, he said he has no regrets about his life of crime.

"I spent a lot of years in jail but the years I was not in jail, I was enjoying myself and making the most of life."

Although the inmate was anonymous during the 22-minute interview, Irish Prison Service officials easily worked out who he was and raided his cell on Tuesday, November 29.