There were 10,805 people in emergency accommodation in Ireland in the week ending August 28, including 7,585 adults and 3,220 children. 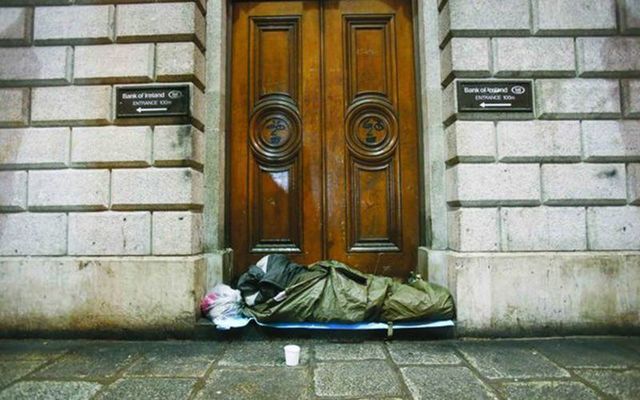 The number of homeless people has reached a new record high according to  Department of Housing figures.

The figures revealed that there were 10,805 people in emergency accommodation in Ireland in the week ending August 28, including 7,585 adults and 3,220 children.

There has been a 237-person increase since the end of July when the previous high of 10,568 was recorded.

There were 1,485 families living in homeless accommodation at the end of August, with 814 families headed by a single parent.

Dublin accounts for 70% of homeless adults in Ireland, with 5,326 adults making use of emergency accommodation in the capital.

More than two-thirds of homeless adults are men, while more than 1,200 adults living in emergency accommodation are aged between 18 and 24.

Wayne Stanley, head of policies at the Simon Communities of Ireland, described the latest figures as "devastating", adding that the trajectory of homeless figures in Ireland was "deeply concerning" as winter approaches.

He added that the Simon Communities of Ireland are urging the Government to buy roughly 5,000 vacant properties through the Repair and Lease Scheme for people in homelessness and on the social house waiting list.

Sam McGuinness, the CEO of the Dublin Simon Community, said the picture is "ominous" as winter approaches.

McGuinness added that there was "no real clarity" in the recent Budget to "support exits out of homelessness".