Plant-based alternatives like coconut milk, rice milk and almond milk do not provide the same nutritional benefits for toddlers that cow's milk does, the Food Safety Authority said. 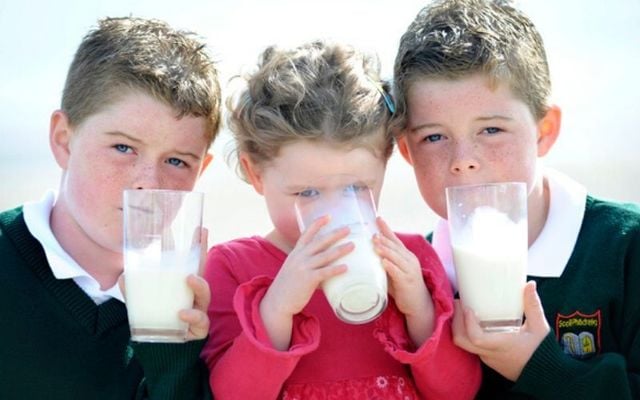 Vegan alternatives to cow's milk are "nutritionally inadequate" for young children, according to a report from the Food Safety Authority of Ireland.

Plant-based alternatives like coconut milk, rice milk and almond milk do not provide the same nutritional benefits for toddlers that cow's milk does, the Food Safety Authority said.

Children aged between one and five should drink 550ml of cow's milk a day or eat the equivalent amount of cheese and yoghurt, according to the report.

The Food Safety Authority advises parents to use soya milk fortified with nutrients if a non-dairy option is required.

The report, which is the first-ever scientific report to address the nutritional needs of Irish children, also recommends that children should eat red meat at least three times a week.

Parents can swap red meat for poultry, meat, eggs and lentils on other occasions throughout the week.

Dr. Pamela Byrne, CEO of the Food Safety Authority, said the children aged between one and five are at a phase where they could form dietary habits that last a lifetime and that it was important to form good habits during the phase.

"We know that dietary habits which can last for a lifetime are formed during this critical phase. We live in an age where there are so many confusing messages and information about food and nutrition, and today’s parents and guardians are facing more challenges than ever to ensure their children are getting the right diet to support their healthy development," Byrne said.

Pat McCormack, President of The Irish Creamery Milk Supplier Association, welcomed the report and said that it was good news for dairy farmers who have faced campaigns from vegan activists in recent years.

He told evoke.ie that the report was a "blunt" assessment of plant-based milk that was frequently "hyped as substitutes for dairy milk."

Read more: Dublin named the most vegan-friendly city in the world