An Irish family is facing homelessness in New York due to a series of misfortunes and wants to return to Ireland. 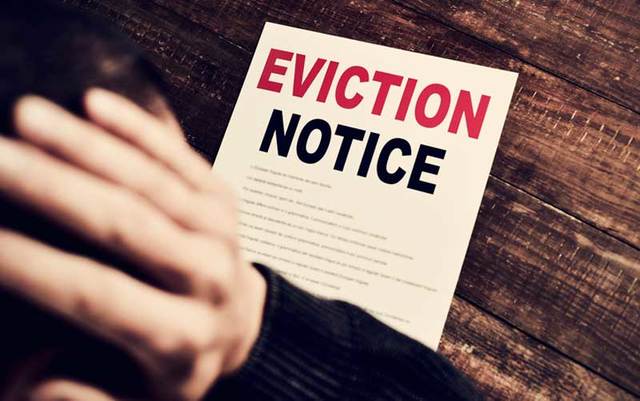 An Irish family of six is facing eviction from their home in New York. iStock/Getty Images

An Irish family is facing homelessness in New York due to a series of misfortunes and wants to return to Ireland.

Father-of-four Barry McCormack and his wife Cheryl have suffered a series of injuries in the last ten years that have left both unable to work again. The family is facing eviction from their mobile home in a trailer park due to arrears, reports the Irish Independent.

“We’ve nowhere to go bar a car or a cardboard box,” said McCormack, who immigrated to New York from Westmeath in 2005.

“I would love to go back to Ireland as some members of my family haven’t met some of the kids or my wife. The support network in Ireland is far better than the one here,” he said.

In 2010, McCormack was the victim of an unprovoked attack, suffering a heavy blow to his head that left him a medically induced coma for ten weeks. He was unable to work full-time for the next seven years.

He started employment again as a carpenter in 2017, only to suffer a serious injury at work which broke his leg last year.

Cheryl, who is from the US, has been unable to work permanently since 2006 when she suffered severe back and neck injuries at her job as a supervisor of people with intellectual disabilities.

“She couldn’t claim because she was working for a company but the claim would have to be filed against the patient and she didn’t want to do that,” Barry explained.

“She can do limited work but her injuries are so severe after her surgeries, she’s practically been left disabled, she can’t drive for long periods of time.”

The couple has four children between the ages of 11 and three.

McCormack said the family amassed a series of arrears during the period he was unable to work after being attacked. The family of six have been living in a mobile home in a trailer park since 2014.

“We couldn’t go anywhere else as our creditworthiness shot down,” he explained.

He receives compensation from the workplace injury he suffered in 2017, but McCormack says the bi-weekly payment is only 55-60 percent of his normal wage.

“It’s not exactly sufficient, it comes once every two weeks, not enough to pay arrears,” he said.

“When you see the numbers on paper it doesn’t make sense but we’re playing so much catch up.”

McCormack said: “There’s a big black cloud over us.”

“I can’t deal with it much longer but it’s not about me, it’s about my kids and my wife Cheryl.”

“Now we’re on the verge of eviction from the trailer park as we can’t pay our bills.”