"My Ireland" pulls no punches about the unseen and often ignored issues that are the underbelly of what Anthony Monaghan calls “a sick society that depends on a sick government." 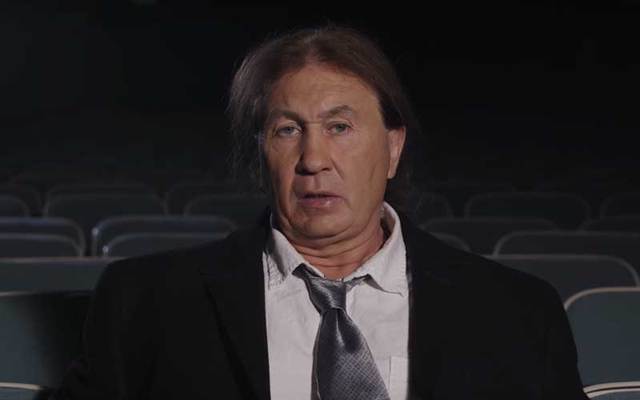 Anthony Monaghan’s documentary My Ireland reveals the struggles of Irish emigrants and the truth behind the corrupted government that favors the elite in Irish society.

Anthony Monaghan was born and raised right by the wild Atlantic ocean. His home set in a stunningly beautiful, but bleak part of Belmullet in County Mayo on the West coast of Ireland. Monaghan left his home and family at the young age of 15 and emigrated to the United Kingdom to work on a farm picking potatoes.

Monaghan by his stature and physical build would remind you that he wasn’t afraid of hard work.  A successful emigrant, he went back to Ireland and was shocked to find out the real story behind the economic boom. So shocked he made a film about it given that his hands are like shovels and calloused from all the years of hard physical labour.

It won’t surprise viewers that Monaghan boxed his way across the States, a tough man by any measure and is an open book and would happily tell you that he had four short years of schooling and left it behind for the freedom of living off the land. This is a man who was not going to be constrained by any man or any system.

Anthony Monaghan eventually packed his meagre belongings and like almost every Irish emigrant before him, took the boat for America to seek his fortune, just as many of his family members, neighbors and friends had done before him.

Monaghan will proudly tell you that he had lived in 48 states while seeking out a living. Never afraid of hard physical labour, he worked on building sites wherever he could. The money wasn’t great, but it was enough to help him to buy his own machinery and start his own construction business called “Irish Construction.” Eventually, he settled in Missouri and still lives there today with his family, which after a gap of 27 years includes a beautiful two-month-old baby girl.

So why did Anthony Monaghan, a successful builder want to make a film about Ireland, given that his continued link to the country was a visit to the home place every year or so? Anthony Monaghan makes no bones about why he felt compelled to draw attention to what he says is a corrupt government who only care for banks, bankers and everyone else who he feels pulled the very fabric of Irish society apart. Monaghan says that he struggled to get any place willing to show the film but finally settled on the Irish Film Institute cinema in Dublin’s Temple Bar who eventually agreed to show the film premiere.

Anthony Monaghan’s tenacity and his take no prisoners attitude had no doubt “convinced” the cinema manager to work with him, but it shows the difficulty that anyone with an alternative view on the country faces in getting any form of publicity and media attention for a critical look at Ireland Inc.

Monaghan’s film interviews people who are critical of continued government favoritism towards what he describes as the elite in Irish society. While it appears that many of the interviewees have an agenda or personal grudge against the state, it must be remembered that many of those interviewed have and are continuing to suffer because of the lack of intervention in the huge Irish homelessness crisis that has stunned and shocked even the most hardened pro-government supporters, even if they won’t publicly admit that there is a serious problem with it.

Many of the people appearing in the film are victims in a continuing economic struggle between the haves and the have-nots. In some cases, the interviewees are still living on the streets of Dublin and will most likely continue to live and die there. One interviewee makes it clear that no amount of money or intervention by homelessness charities will solve the problem and that the crisis is like a cancer on society which no amount of funding or research will cure because the Irish government continually refuse to intervene in crisis.

The Irish government appear to be using the same policy that they apply to economics as they do to solving the housing and homelessness crisis by letting the market sort it out. In other words, doing nothing.

The film also delves into the economic divide between the West of Ireland and Dublin. It is not hard to see why some of the people being interviewed are bitter that Dublin is the recipient of billions of Euro in funding, while the West is left to its own devices and young people still have to emigrate to far flung places like America or Australia to find employment. It’s as if the government thinks that the Wild Atlantic Way will sustain a million people through tourism for the four summer months of the year.

Patriotic in every sense of the word, Anthony Monaghan put his money where his mouth is in order to fund the documentary, but yet finds it hard to understand why the Irish media have totally blanked him while the American media have taken him to their hearts. Monaghan accuses the Irish media of pandering to the Irish government’s policy of keeping the truth away from the people so as to protect their image in Europe and elsewhere. Anthony Monaghan was twice asked to appear on the Irish national broadcaster [RTE] and twice phoned up just before the show to tell him that his spot on the Late Late show was being pulled, only to be replaced by Irish drag artist Panti Bliss, in one case.

This film pulls no punches about the unseen and often ignored issues that are the underbelly of what Anthony Monaghan calls “a sick society that depends on a sick government”. The impression that the viewer is left with is one of the great sadnesses but yet one of some hope. Many of the people in the film have not just survived their own personal ordeals such as evictions from their homes by the banks and American vulture funds but have bounced back enough physically and mentally to tell their stories. The scars are still there, but the healing is still going on for many of them.

Tough looking men like Anthony Monaghan are often the softest and kindest of people who look out for everyone else and this protagonist trait is clearly displayed in the film and also in person. Monaghan is angry at the government and their failure to be a people’s government rather than a bankers government.

There is no sense of a hidden agenda in the film but rather one of an openness of one Irish immigrant's story and journey. The film is interspersed with clips of Irish musicians singing traditional Irish ballads. Perhaps some might find this twee, but many will find that it adds to the message of not just Anthony Monaghan’s story but that of almost every other Irish emigrants life story. In the film there was a beautiful rendition of that old Irish classic “Noreen Bawn” which was sung by Audrey Simes, whose father was involved with the infamous rock band, The Who.

The film is going to be shown at over 30 film festivals worldwide following its premiere in Dublin and is a must see for any Irish emigrant who wants the real and truthful story of today’s Ireland!