The U.S. Navy SEAL lost his life and won the Congressional Medal of Honor fighting in the Afghanistan war that directly followed the 9/11 attack on America. 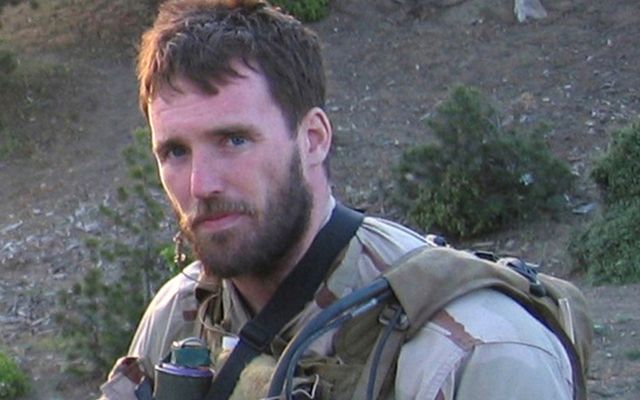 When the armada that President Trump spoke off in the context of North Korea eventually does arrive in the waters off the Korean Peninsula it will include the USS Michael Murphy.

The “Murph’ is currently part of the U.S. Navy strike group centered on the aircraft carrier USS Carl Vinson.

According to reports, the carrier and its escorts should arrive on station by the end of April, which corresponds to this coming weekend.

The U.S. Navy SEAL lost his life and won the Congressional Medal of Honor fighting in the Afghanistan war that directly followed the 9/11 attack on America.

It was in a 2005 firefight against the Taliban that Lt. Murphy exposed himself to enemy fire in an effort to secure fire support for his vastly outnumbered four-man team.

Two of Murphy’s comrades were also killed that day. One survived.

Murphy’s men were all awarded the Navy Cross, thus making the unit the most decorated in the history of the SEALS.

The USS Michael Murphy, escorting the USS Carl Vinson, is on the left of this photo. U.S. Navy photo.

In addition to his Medal of Honor, Murphy was also the recipient of the Silver Star and Purple Heart.

Murphy was the first service member to be awarded the Medal of Honor for actions in Afghanistan, and the first member of the U.S. Navy to receive the award since the Vietnam War.

The heroism displayed by Murphy and his comrades against overwhelming odds was portrayed in the movie “Lone Survivor.”

The USS Michael Murphy, an Arleigh Burke Class destroyer, is based in Pearl Harbor, Hawaii.

A post for Ireland-based U.S. military veterans in Kinsale, County Cork, is also named in honor of the Medal of Honor winner.