Is this new Irish snack set to become the world’s next biggest health trend?

The hundred percent dried grass-fed Irish beef snack has no added sugar, gluten or allergens and is already making waves in Ireland. 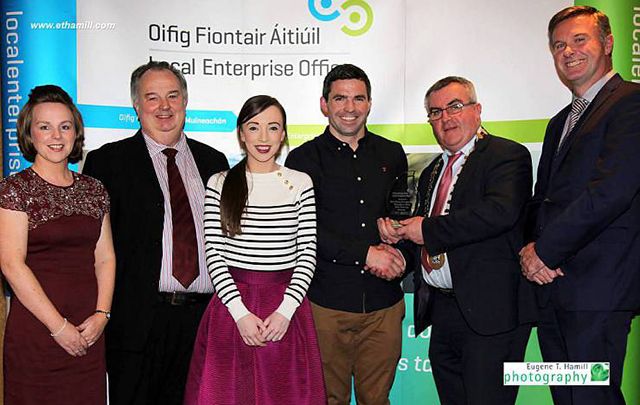 First a county, next a country.

And the world includes the United States

A new agri-food business, Rucksnacks, launched by 30-year-old farmer Colm Connolly less than six months ago, has been declared County Monaghan’s Best Start-Up Business for 2016, this in the Monaghan final of Ireland’s Best Young Entrepreneur awards.

“We at Rucksnacks, are delighted to have been named Monaghan’s Best Start-Up for 2016,” said Connolly.

“We have enjoyed a very successful launch in July and have been very busy ever since filling orders for selected SuperValu stores in Monaghan and Cavan, and online via our website with orders from Ireland, the UK and all across Europe.

“Winning Best Start-Up is hugely encouraging less than six months after launching our business and adds to our momentum as we continue to grow as a quality, Irish food business,” Connolly said.

“We are targeting new markets and hoping to enter the American market in late 2017 which would be really exciting for us.

“(It) would be brilliant to have our Irish snack available in the USA,” Connolly added.

Rucksnacks, is a one hundred percent dried Irish beef snack developed by Connolly when he returned to Ireland from overseas and found himself frustrated by what he viewed as a lack of healthy snack options.

A fifth generation farmer, Connolly recognized the potential to develop an agri-food business to complement his family’s beef farm outside Clones, County Monaghan.

Rucksnacks, according to a release, will now proceed to the regional finals of Ireland’s Best Young Entrepreneur (IBYE) Competition.