Andrew Grene was the sole Irish fatality in the Haitian earthquake that claimed 250,000 lives on January 12, 2010, and in the days that followed. 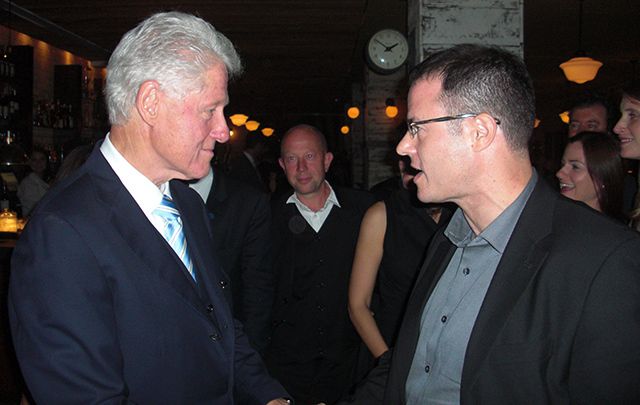 Andrew Grene was the sole Irish fatality in the Haitian earthquake that claimed 250,000 lives on January 12, 2010, and in the days that followed.

A foundation was launched at the time in Cavan, where Andrew was laid to rest.

Now, seven years later, the Andrew Grene Foundation will be the recipient of the William Jefferson Clinton Goodwill for Haiti Award, the presentation to be made in Dublin on January 21.

Grene was working as a Political Affairs Officer with the United Nations in Haiti when the devastating earthquake struck.

After the tragedy that affected so many as well as his twin brother, Gregory Grene and Tim Perutz, a childhood friend of both Grenes, set up the Andrew Grene Foundation with the aim of helping the Haitian people through education and microfinance.

The foundation was launched in Cavan, where the twins grew up.

For the past seven years, according to a release, the AGF has worked to ensure that goals originally set out have been reached and the foundation continues to thrive.

In August 2011, just 18 months after the earthquake, the Andrew Grene High School was opened in Cité Soleil, the poorest part of the poorest city in the Western Hemisphere (Port Au Prince), where previously no high school existed.

The school is now in its sixth academic year, and is full to capacity, educating 320 students from 11 to 19 years of age on a full-time basis.

The headmaster, Ricot Pierre, has continued to encourage his students and staff, and ensure that the very best exam results were achieved at the end of each school year.

The AGF, added the release, also opened a microfinance branch in the south of the island nation which now has 1,600 women enrolled in an education program, equipping them with microloans to bring them and their families out of poverty.

In recognition of the foundation’s dedication to the people of Haiti, Irish charity Haven has honored it with the William Jefferson Clinton Goodwill for Haiti Award.

The award has been endorsed by Bill Clinton and will be presented to Gregory Grene and Tim Perutz on Saturday, January 21 at the annual Haven Haiti Ball at the Intercontinental Hotel in Dublin.

“There is no real means of coping with a loss like that of my twin brother,” said Gregory, who is based in New York.

“What we have done is to create something that can stand in its own place, to grow something beautiful in the honor of the beautiful person we lost.

“We hope to channel the memory of Andrew and love into a dream that Andrew would have shared, a dream of assisting the Haitian people to attain the kind of self-sufficiency and hope that they deserve.”