The beloved Donegal Donkey Sanctuary, home to Timmy the donkey, will face closure without significant support. 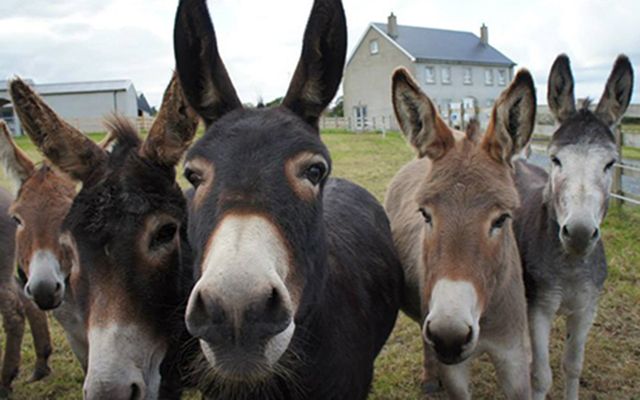 The beloved Donegal Donkey Sanctuary, home to Timmy the donkey foal whose plight for corrective surgery went viral, is facing closure unless they can rally significant support.

The sanctuary was opened in 2006 by Danny and Sandra Curran in Castledooey, Raphoe, Co. Donegal. Since then, the Irish Times reports, they have helped rehabilitate and re-home 600 animals.

Due to the high demand for their services, Donegal Donkey Sanctuary say they must now reach out for financial help if they are to continue to stay in operation.

“It would be heartbreaking to think that all our hard work has been for nothing,” Curran told IrishCentral. “Our stables are full and there are more donkeys waiting to come in. In animal rescue, you have to make a lot of hard decisions but closing a center knowing that hundreds of animals will suffer is a decision I don't want to make.”

Read More: We just can't handle the cuteness of the Donegal Donkey Sanctuary

Ever-increasing costs have taken their toll on the sanctuary’s resources, he explained. Feed and farrier bills, along with veterinary costs, are only part of the problem, with vehicle running costs, insurance, and general farm maintenance all adding up. 2016’s disastrous harvest created an additional burden, he said.

“The volunteers at DDS cover numerous counties and there are very few people who haven't seen the DDS Land Rover and horsebox going about their business,” Danny added. “The DDS Land Rover has driven nearly a quarter of a million kilometers rescuing donkeys in the last few years.”

One of the donkeys they have saved, a foal named Timmy, drew international attention last year when a video of him and his disabled leg went viral in a campaign to help fund treatment so he could walk fully.

According to Curran, the number of donkeys arriving at the sanctuary continues to rise at an alarming level. They take in donkeys from a wide area and hundreds more are re-homed in foster homes. “There is simply nowhere else for these beautiful creatures to seek refuge and find someone to advocate for them,” he said.

Thus, as they did in the case of Timmy, the sanctuary owners are appealing to all animal lovers at home and abroad to find it in their hearts to help hold together what they have built over the past 11 years.

A GoFundMe page has been set up in a last-ditch attempt to raise much-needed funds (link here), though Curran notes that a major funding boost is needed in order to give the sanctuary any chance of survival, as he looks to the hope of monthly supporters to secure the future of the sanctuary.