Tributes paid to Irish Dad who tragically died in Florida

The GAA player from Co Down had recently moved to the US to be with his girlfriend and their infant son. 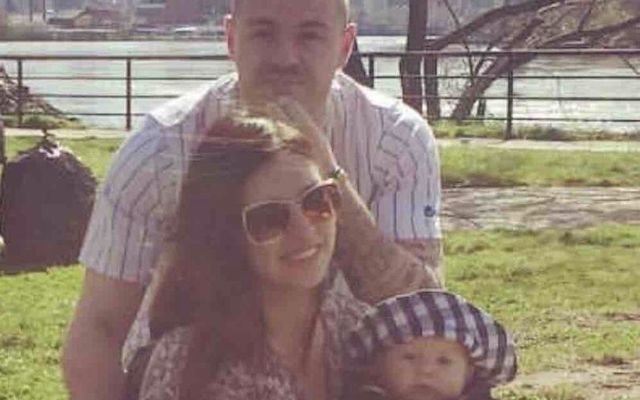 Conal McKee with his girlfriend and son. GoFundMe

A Co Down man has died in Florida after spending more than a week in a coma.

A Co Down father who had recently moved to the US to be with his girlfriend and son is being honored as “one of the good guys” by friends left devastated by his tragic death. GAA player Conal McKee died in Florida on Saturday, August 11, after spending over a week in a coma in the West Boca Medical Center.

"It’s with a heavy heart I update this page. Con passed away at 6:10 am this morning,” the family said in a statement posted to the GoFundMe page established to help with McKee’s medical expenses.

"I would like to thank everyone that has donated already. We are halfway to our goal. So please keep sharing. And keep Con and his family in your prayers."

A prominent player with Dundrum GAC in Co Down, McKee had been living in Florida with his girlfriend Kata and their seven-month-old son Danny.

Read more: Long journey home for an Irish emigrant after a family death

"It is with the deepest sadness that we learned this morning of the death of one of our own, Conal McKee (RIP),” said Dundrum GAC chairman Mark Fitzsimons.

"We as a club are devastated. We send our heartfelt condolences to his family at this most difficult time."

Friends also posted their tributes to the young father with one writing, "Too soon Conal, way too soon. You were one of the genuine good guys that everyone loved to be around."

You can continue to donate the family's GoFundMe here.