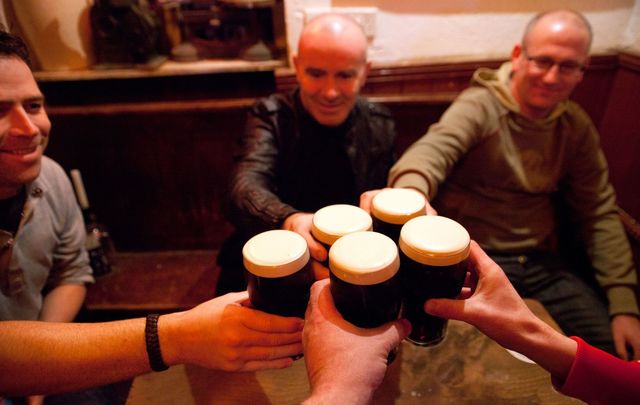 The Taoiseach believes that some pubs and bars should have the ability to stay open for longer, changing laws for urban and rural areas as required and allowing for local control of closing times.

He claims that tourists find Irish nightlife "disappointing" because of early closing times. Currently, bars have to stop serving alcohol by 11:30 pm from Monday to Thursday, 12:30 pm on Fridays and Saturdays, and 11 pm on Sundays.

Bars can apply for a late license for a hefty fee but still have to stop serving by 2:30 am.

The Taoiseach also criticized the 30-minute winding down period that allows customers to finish up their drinks before the bar closes.

"There may be people who still want to stay open and dance and so on and they're not allowed to, once you stop serving drink you have to close down I think within half an hour or so, so they are really archaic," Taoiseach Varadkar said.

"I think we can do better for people who enjoy the night in Ireland and tourists and it is something that we are very much working on.

"I don't necessarily think that we need the same licensing laws for everywhere.

"Where I live [in Castleknock] is different from town, and rural areas are different again. So I think we do need to have a degree of local control around licensing laws."

Are tourists disappointed with the closing times in Temple Bar?

The Taoiseach also noted that we need to "reinvigorate our nightlife, which of course shouldn't be all about drink."

The Irish Minister for Culture Josepha Madigan has been tasked with setting up a review of nightlife in urban areas and has already suggested night mayors which would look after the best interests of both the nightlife scene and local residents.

"People who come to Dublin, and come to our cities and people that go abroad from Ireland do say that our nightlife can be disappointing, in that premises shut down, so it's very different in Madrid or Germany or other places, you know where places can stay open all night," Varadkar added.

"It can actually be better in terms of public transport because instead of everyone rushing out on the streets looking for a taxi at the same time, that's spread over a longer period of time.

"And it's an area that I think we need change in."

Do you think closing times in Ireland should be later? Let us know in the comments section, below.