As many as 20,000 Irish people attended the festival. 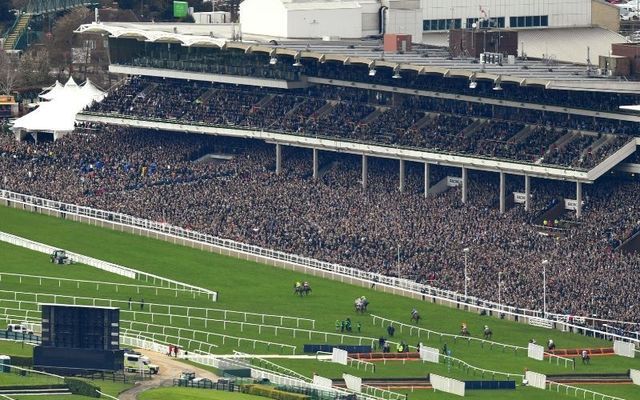 An Irish racegoer who went to the controversial Cheltenham Racing Festival in England last week has tested positive for COVID-19.

The man is not thought to be seriously ill and did not require hospitalization.

The Department of Health is now conducting contact tracing to find all those who may have been in close contact with the man.

The health authorities have also told the man to remain in strict isolation.

It is not yet clear whether he contracted the virus at the racing festival.

He lives and works in close proximity to two known clusters of Coronavirus cases in the south of Ireland.

The Cheltenham Festival was the source of widespread criticism since more than 60,000 attended the racecourse on each day of the four-day event.

There were calls for the festival to be either postponed or held behind closed doors.

A large number of Irish racing fans attended the racing festival last week, according to the Irish Independent.

As many as 20,000 Irish people attended the festival and stayed in the town of Cheltenham, which had its first confirmed case of Coronavirus on Monday, March 8 - the day before the festival began.

However, the Irish Government said last week that returning racegoers did not have to self-isolate once they were back in Ireland as long as they didn't display any symptoms of Covid-19.

Minister for Health Simon Harris said that at the time that the UK was not considered a high-risk area. However, the UK has confirmed more than 4,000 new cases of Coronavirus and more than 200 deaths from the virus since the festival ended on Friday, March 13.