Two members of staff have spent their coronavirus quarantine as custodians of one of the world's most luxurious hotels, the 800-year-old Ashford Castle in County Mayo. 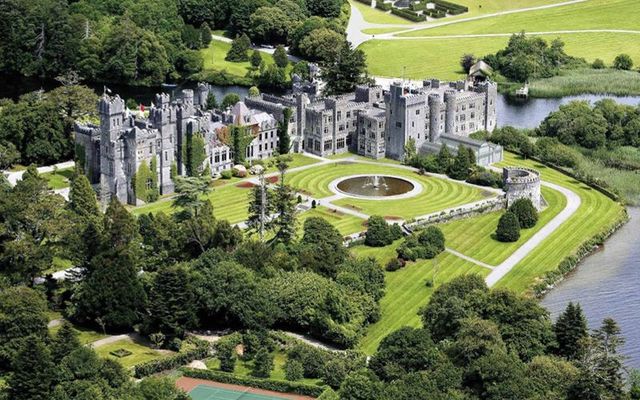 Ireland has been on lockdown for two months and while some struggle to stay cooped up at home one young couple is living in the lap of luxury looking after Ashford Castle, a five-star hotel, in Cong, County Mayo.

Laura Jamieson (23), from Surrey in England, and Michael Smith (28) are both staff at Ashford Castle. Ordinarily they commute to work from the nearby village of Cross but for the last two months they've lived in the hotel.

Ashford Castle Hotel, voted one of the best in the world, boasts of a cinema, spa, tea boutique, 83 guest rooms, and wine tasting tunnels. Over the years its visitors have included Brad Pitt, former US President Ronald Reagan, and James Bond-star Pierce Brosnan. It's also where Rory McIlroy got married and even Harry and Meghan, the Duke and Duchess of Sussex stopped off here in recent years. Of course, many will know Ashford Castle from The Quiet Man, the 1952 John Forde classic starring John Wayne and Maureen O'Hara, which was filmed on the grounds in the nearby village of Cong.

Now this behemoth of an Irish castle has just two residents. Jamieson and Smith told RTE isolating at the castle has been a once in a lifetime adventure. The couple met in Ireland when they both came to work at Ashford Castle.

Smith said "It's like being in a TV reality show that's nobody watching."

They reckon it'll be very hard to return to normal life, once the COVID-19 restrictions are lifted.

However, while they are living in the lap of luxury they've many chores to perform as the Irish castle's custodians. For one, Jamieson noted, the couple have to flush all 160 toilets in the castle once a day.

During normal times Jamieson is in charge of guest services while Smith manages the grounds of the 350-acre estate. During the lockdown, they're both continuing in their roles.

While Jameison's guest services role would usually involve organizing private cruises of Lough Corrib and high-end picnics now they are on cleaning and dusting duties. 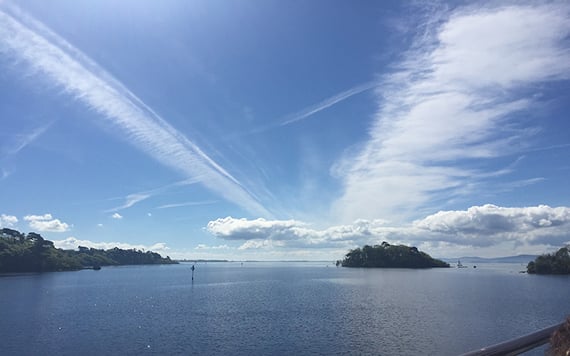 Although the pair are still working Michael told RTE that there's still time for a bit of fun and he's having fun scaring his girlfriend at every opportunity by jumping out at her in the empty castle.

The last stop of every day is at the School of Falconry and once the birds are settled for the evening this lucky couple can relax.

So far, their favorite date night has been their trip to the wine cellar where they choose a Pinot Noir which they took up to the private cinema to watch a movie.

Speaking to the Guardian,  Jamieson said “It’s been surreal.

“We’ve been incredibly fortunate that we were able to have this experience. It’s the most amazing place.”

Sadly, for Jamieson and Smith, Ashford Castle is set to reopen in July when they'll have to go back to reality and go home to Cross. Now a bad way to spend the COVID-19 quarantine though.

Do you know someone who'd love to have spend the lockdown this way? Share this story with them and make them mad jealous.