Irish boy sued soccer team for kicking him off, claiming PTSD - did he win?

Now 18, Seán Cooke from Co Cork said he’d suffered from post-traumatic stress disorder after he was dropped from Carrigaline United. 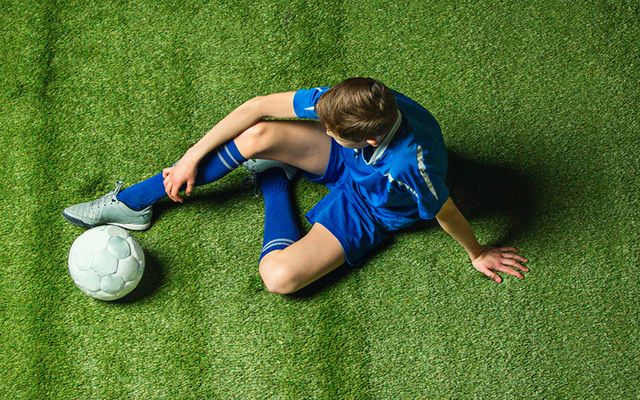 A judge has ruled against a teenage soccer player who claimed that he was the victim of ill-treatment by coaches when he was 13 and 14 years of age.

Now 18, Seán Cooke from County Cork said he’d suffered from post-traumatic stress disorder after he was dropped from Carrigaline United. Not only did his mental health suffer, but he also missed out on a chance to impress British talent scouts that could have lead to a professional career in the sport.

Judge Seán Ó Donnabháin heard that Cooke’s father, Declan, was a former coach of the team himself and had become increasingly unhappy with team coach Tim Mawe’s performance. He tabled a motion of no confidence in Mawe but only one other parent backed him up and a further nine supported Mawe.

When questioned on the stand, Mawe admitted that he had been hurt by Declan Cooke’s motion of no confidence and said he’d heard from other parents that Cooke had been “non-stop complaining” about him.

Seán Cooke says Carrigaline United wouldn’t pick him after his dad fell out with coaches https://t.co/zNQg4EZJTu

He denied it had affected how he treated Seán and said, “We were volunteers. We were doing a great job. It was hurtful. There was no appreciation. He [Seán] was the same as any player. We picked on merit.”

In the summer of 2012 Seán got injured and as a result missed a lot of the pre-season training that year. He told the judge that at one occasion Mawe said he wasn’t good enough to play.

Mawe denied the allegation, “I didn’t say ‘you are not good enough.’ You are dealing with kids. You are trying to be positive. You would love to play them all.”

He added that Seán’s mother, upon learning her son wouldn’t be playing, kicked up an almighty fuss. Afterwards, he received a text from the boy's father telling him never to contact Seán or any of the Cooke family ever again.

Mawe categorically denied he hadn’t played Seán because he wasn’t good enough and said his intention had been to ease him back into the game after his injury. Team membership requires a mix of ability and physical readiness, he said, adding, “[If we] had a superstar who was fully fit he would be in the team every week”.

Seán Cooke told Judge Ó Donnabháin that, “[I stopped playing] because I was not being treated right. I wasn’t being treated the way I should have been treated. I was told I was not good enough.”

He also added that he missed out on playing when a talent scout from Aston Villa was visiting. Mawe countered that he didn’t know one had been there and that  “Pope Francis could have been at the match” for all he was aware.

The club told the court that Seán had been given a chance to play with a team slightly older than him after the relationship between Mawe and his parents had broken down. They also denied that he had been the subject of taunts by club officials after he took up playing for a different team.

In dismissing the case Judge Ó Donnabháin declared himself satisfied that Tim Mawe was “conscientious and truthful” and that Declan Cooke was a “caring parent” but also not “over blessed with insight.”

A decision on costs will be made at a later date.