Alex Murdaugh, whose wife and son were murdered in a double shooting in June, survived being shot in the head on Sept. 4. 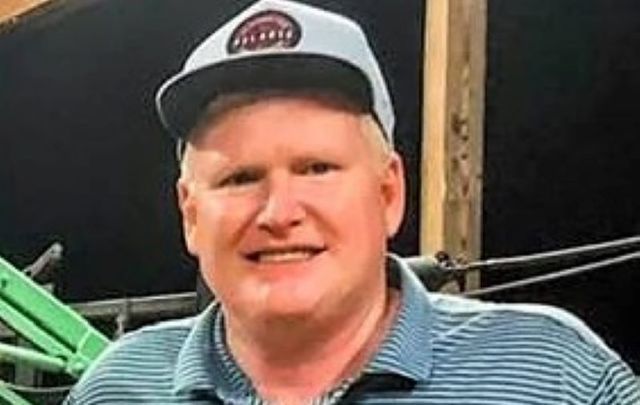 Murdaugh is expected to submit himself to authorities on Thursday. Alex Murdaugh Facebook

A prominent Irish-American lawyer in South Carolina arranged for a man to kill him so that his son could collect a $10 million life insurance policy.

Alex Murdaugh, 53, whose wife and son were murdered in a double shooting in June, survived being shot in the head on the side of a rural road in Hampton County, South Carolina, on Sept. 4.

Officers in the South Carolina State Law Enforcement Division (SLED) arrested 61-year-old Curtis Edward Smith on Tuesday on suspicion of fraud and assisted suicide in connection to the Sept. 4 shooting.

The agency has released documents stating that Murdaugh admitted hiring Smith to kill him so that a beneficiary could claim his life insurance policy, according to NBC.

NBC reports that Murdaugh gave Smith a gun and told him to kill him with it.

Murdaugh has yet to be charged with any crime but is expected to surrender himself voluntarily to police on Thursday on charges related to an insurance fraud scheme.

His lawyer Jim Griffin told CNN that Murdaugh plans to voluntarily submit himself at the Hampton County Jail by 2 p.m. on Thursday after local law enforcement issued a warrant on charges to commit insurance fraud.

Murdaugh's wife Margaret, 52, and his son Paul, 22, were murdered in a double shooting on the family's estate in Colleton County, South Carolina on June 7 this year.

Paul Murdaugh was shot in the arm and head with a shotgun, while Margaret was murdered with an assault rifle, according to local law enforcement.

Paul Murdaugh was facing charges relating to boating under the influence that resulted in the death of a 19-year-old woman at the time of his death.

However, the New York Times reports the Murdaugh was pushed out of his law firm just days before he was shot in the head on Sept. 4 over claims that he misused company funds.

Murdaugh resigned from the firm after he was confronted over allegations that he misappropriated company funds.

The law firm told the New York Times that it informed Murdaugh of the accusations on Sept. 3 and that both parties agreed that Murdaugh should resign.

The firm has also notified local police and the South Carolina Bar about the issue.

The New York Times reports that millions of dollars of company money have gone missing.

Murdaugh officially resigned from the company on Monday, Sept. 6, stating that he was entering rehab after a "long battle" that had gotten harder since the murder of his wife and son.

He also issued an apology to the people he "hurt", including friends, family, and colleagues.

Murdaugh entered rehab for an alleged oxycodone addiction, according to the Daily Mail.