An Irish-American detective's battles with 9/11 and COVID-19

Patricia O'Connor served as an NYPD Detective on 9/11 and was exposed to toxins that make her vulnerable to COVID-19. 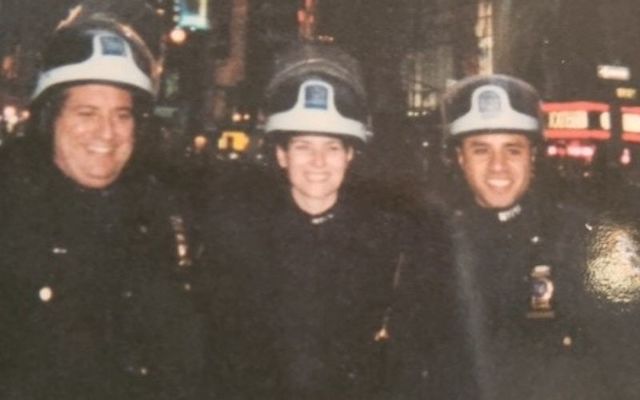 It was early in the morning on September 11, 2001, and NYPD Detective Patricia O'Connor was readying herself for work when the first plane hit the World Trade Center.

O'Connor, like thousands of other first responders, bravely rushed toward the danger in Manhattan to help in any way she could.

Now, almost 19 years later, O'Connor, like thousands of surviving first responders, faces an entirely different, more subtle danger and the brave thing to do now is not to rush into the face of danger, but to stay at home.

The former NYPD Detective is more at risk from COVID-19 than most due to her work in the rubble at Ground Zero in the weeks and months after the horrific attacks.

O'Connor, an Irish-American through her grandparents, also worked in the city morgue for three months where she helped to identify body parts belonging to missing persons.

While the immediate danger of the terrorist attacks had passed, the amount of lead, asbestos, dust, concrete, and other toxins in the air made Downtown Manhattan lethal and O'Connor said that there was little emphasis on wearing protective gear and masks during the rescue and recovery operations.

"While we were down there, there was no sense of urgency with the air or breathing. I don't think that was the first thing on anyone's mind.  We were told that the air was fine," she told IrishCentral. 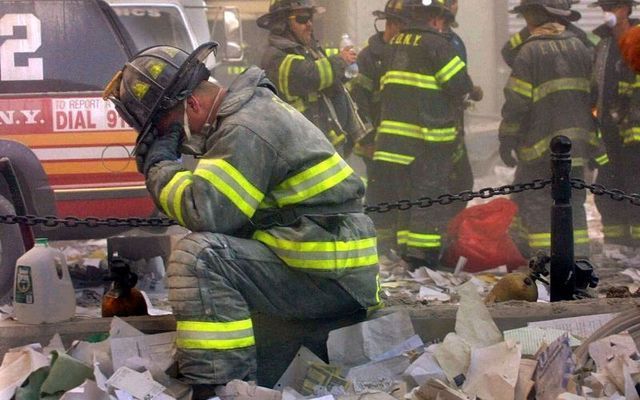 A firefighter breaks down at the World Trade Center during the 9/11 attacks. Getty

The air, as it turned out, was not fine and O'Connor was diagnosed with skin cancer years later.

She was not an isolated case.

Doctors and researchers have identified 68 different types of cancers related to the toxins in the air at Ground Zero in addition to countless other respiratory problems.

While O'Connor has recovered from skin cancer, she has since been diagnosed with Lupus, an autoimmune disease also linked to the toxins from the World Trade Center.

For O'Connor and thousands of other 9/11 survivors, their exposure to the toxins and their subsequent medical history leaves them at far greater risk from COVID-19 than most people.

"There are so many people who served or lived in the area of Ground Zero that are in this position, which makes this virus so scary because you're vulnerable," O'Connor said. "It's a nightmare for people who have had severe cancers because of 9/11 who are now living in constant fear that they might get killed by this virus."

O'Connor, 48, is now living in Connecticut and says that she is being "super cautious" during the pandemic. The former NYPD detective never leaves home without wearing a mask and stays at home as much as she possibly can.

Her son has hardly seen any of his friends, save for one family who are also being extra careful.

Despite this obvious risk to her health, O'Connor said that no politician or high-ranking public health official had directed any specific advice toward the 9/11 surviving community.

Meanwhile, Michael Barasch, an attorney who represents O'Connor and around 20,000 other survivors, said that politicians are sending mixed signals to vulnerable members of the community.

"Unfortunately, the people here are getting mixed messages. Some politicians here are walking around with no masks and saying that the virus is under control, but the facts belie those statements. " Barasch said.

"I really liked what Senator Marco Rubio said when he told Florida residents to 'just wear the damn masks', but President Trump refuses to wear a facemask and a lot of people admire him and follow his lead."

Barasch has officially lost 22 clients from the 9/11 community to COVID-19, although he suspects that figure is much higher.

More than 100 clients have died since March 15 and he believes that the true number of COVID-19 deaths among his clients might be quadruple the official toll.

He said that he was awaiting numerous death certificates due to backlogs in the medical examiner's office.

Barasch is advising any 9/11 survivor to remain home as much as possible even as New York begins to slowly reopen after months of COVID-19 lockdown.

"Even if I'm allowed to return to my office to work, I am telling people who work there who are cancer survivors and 9/11 survivors to stay home until it's definitely much much safer."

The issue of reopening is particularly problematic for Patricia O'Connor.

Her son is due to return to school in the fall, something that she is not comfortable with.

"I don't think I'm ok with that because kids are carriers of this virus. Kids might fare better with the virus, but they can still bring it home and it could take me out. I don't know what I'm going to do.

"I think I'm going to ask if there's an option where he can continue to stay home," she said. "We're probably going to have a resurgence when the kids go back to school."

O'Connor was also alarmed by the Black Lives Matter protests that took place in cities across the United States in June, although she understood the reasoning behind the protests. 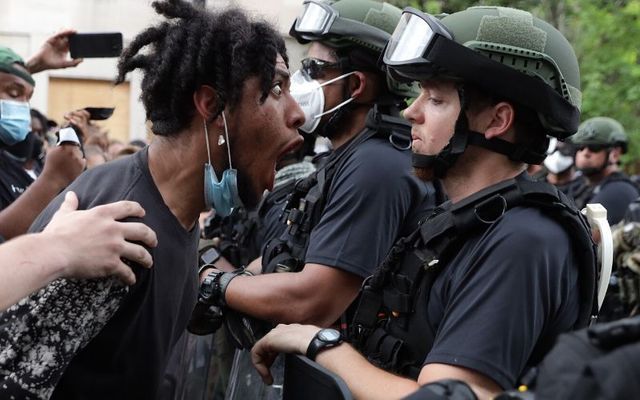 Thousands of people took part in the protests, potentially risking a spike in COVID-19 cases and she urged any future protesters to wear masks and to protest responsibly.

O'Connor said that she hoped others who have congregated in large groups during the COVID-19 pandemic, like Spring Breakers in Florida earlier in the year, would follow public health guidelines and mitigate the risk of spreading the virus.