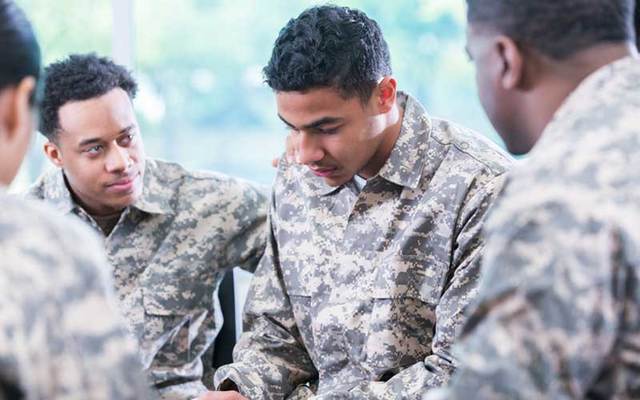 The new PTSD protocol, which promises a 90 percent success rate and requires only a few hours of therapy, was developed by Frank Bourke, a retired clinical psychologist.

Bourke, now 75 and based in Corning, Steuben County, founded The Research and Recognition Project in 2006. He refined the technique while treating over 250 survivors of the 9/11 terror attacks on the World Trade Center.

Read More: Irish-speaking US veteran fighting for return of his bomb-sniffing dog

"I know I sound like a snake oil salesman," Bourke told Times Union. "I take vets who have been suffering from the same terrible nightmare for more than 40 years and I say we can fix it within a few hours and without drugs. Our clinical trials prove we've got a cure that works over 90 percent of the time."

“It changes the movie," Bourke said. "It does not change what the person with PTSD thinks or does, (but) it neurologically flips a switch and separates that traumatic memory from having the associated experience of nightmares, flashbacks or terror."

Bourke, who says his RTM treatment is "the biggest advance in the treatment of PTSD in the last 50 years," has published his data in the Journal of Military, Veteran and Family Health. Noticeable differences in brain activity can be seen in before-and-after EEG scans of patients' brains following treatment.

The Times Union reports that 25 of 26 veterans treated in the Albany area had their PTSD symptoms alleviated after five sessions. Their treatment was possible due to a $300,000 grant from New York.

Read More: Irish boy sued soccer team for kicking him off, claiming PTSD - did he win?

Joe Sluszka, executive director of the Albany Housing Coalition, which proves housing and employment services to homeless veterans, said: "I've been in this field for 15 years, and it's the most effective PTSD treatment I've seen based on what the veterans tell me. It gave these guys their lives back."

Bourke is now seeking an additional $2 million in state funding. His goal is to train 10,000 counselors across the state in the RTM technique. In the past year, with the help of veterans' groups, Bourke and his team have trained more than 75 counselors in San Diego, Calif., Albuquerque, N.M., Orlando, Fla., and Albany, who have treated about 400 veterans so far.

According to the National Institutes of Health, PTSD affects 7.7 million adult in the U.S.