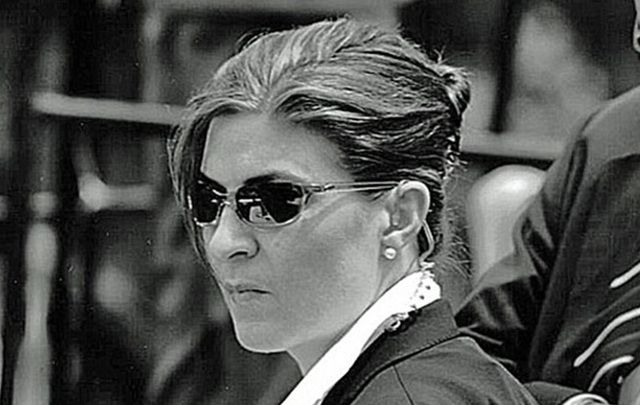 The secret service said Tuesday they are investigating the online activity of an agent who apparently suggested she would take “jail time” over “taking a bullet” for President Donald Trump. The Washington Examiner reports that Kerry O’Grady, having allegedly experienced a sexual assault in college, was upset by Trump’s comments in the "Access Hollywood" video, prompting her to break a federal law which requires her to desist from such public partisan language.

A senior agent in the Denver field office, Kerry O’Grady, 46, is required by the Hatch Law to resist from airing her political leanings publicly and is banned from sharing any partisan content. The agent is alleged to have announced on Facebook she was willing to break this ethical code to share her opposition to Donald Trump, although she did not directly address him by name.

In a series of now-deleted Facebook posts dating from October 2016 right up to Saturday's Women’s March, O’Grady repeatedly spoke of her support for Hillary Clinton, declaring Trump’s presidential candidacy a “disaster” for the country, and even changing her cover photo on social media to the logo for Saturday’s Women’s March.

According to the Washington Examiner, a conservative newspaper which first reported her postings and spoke with O’Grady on Tuesday, she first took to Facebook in October to write, "As a public servant for nearly 23 years, I struggle not to violate the Hatch Act. So I keep quiet and skirt the median.

"To do otherwise can be a criminal offense for those in my position. Despite the fact that I am expected to take a bullet for both sides.

"But this world has changed and I have changed. And I would take jail time over a bullet or an endorsement for what I believe to be disaster to this country and the strong and amazing women and minorities who reside here. Hatch Act be damned. I am with Her.”

This post was removed several days later. O’Grady reportedly reflected on her words and decided they were not something she needed to share, claiming she had initially been angered and drawn to speak by the "Access Hollywood" “grab them by the p***y” video.

"There was a very emotional reaction to what was said," O’Grady told the Washington Examiner, further adding that she had experienced sexual assault in college.

"I serve at the pleasure of the president, but I still have the First Amendment right to say things."

As a secret service agent, O'Grady's primary mission is to protect the lives of both former and past Presidents as well as the Vice-Presidents, their immediate family and other high level elected leaders. According to the New York Times, O'Grady, in particular, was responsible for the Secret Service's investigative, intelligence, and protective missions throughout Colorado, Utah, Wyoming, and Idaho.

Though she deleted her first post, O’Grady later shared links online to articles from the Huffington Post and Vox in which she criticized the nomination of Jeff Sessions as Attorney General and commented “Douche” on a defense of Trump’s actions.

“We are moving our civil rights into a period of bigotry, misogyny, and racism that this country has not tolerated for decades. Dark ages. I am horrified and dismayed beyond words,” O’Grady is reported to have written.

On Saturday, January 21, she posted the logo for the Women’s March as her cover photo, later declaring herself as “nasty,” a phrase adopted by female supporters of Hillary Clinton after she was labeled such by Trump during the final presidential election debate.

O’Grady followed this by placing an image of actress Carrie Fisher as the iconic "Star Wars" character Princess Leia as her Facebook profile picture stating: “A woman's place is in the resistance,” an apparent approval of the growing movements opposing the Trump presidency.

The agent, who is believed to be the person who would oversee coordination with Washington-based advance teams for all presidential candidate and presidential trips to the Denver area and as such, any future visit by Trump, has deleted all posts following her interview with the Washington Examiner on Tuesday and has declined to comment further on the matter.

CNN reports that the secret service made a statement Tuesday in which they said they could not comment on a personnel matter but that it was "aware of the postings and the agency is taking quick and appropriate action."

"All Secret Service agents and employees are held to the highest standards of professional and ethical conduct," the statement said. "Any allegations of misconduct are taken seriously and swiftly investigated."

During operational service training for the Secret Service, would-be agents are warned about their social media usage and told that to expose personal information could make them vulnerable to threats.

O’Grady herself stated in her defense: "I serve this country with pride and I proudly, diligently and fiercely protect and support the institutions and pillars of our republic established by the very same document that allows my free expression.

“I do so with every fiber of my being for the very reason that those institutions are in place to guarantee my right and the rights of all our citizens to voice and express our opinions and beliefs even when – and especially when – those values may be contrary to those of the party in power.

“My devotion to mission and country is only strengthened by the fact that the founders recognize the value of dissent and the freedom to assemble and voice those opposing convictions.

"They enshrine those rights for future generations so we avoid the path of authoritarian regimes that shackle their people with fear."

Should secret service agents be banned from airing any personal political preferences or grievances publicly? Let us know your thoughts in the comments section, below.