Irish actor Victor Burke and his family made a narrow escape from their Malibu home during the California wildfires. 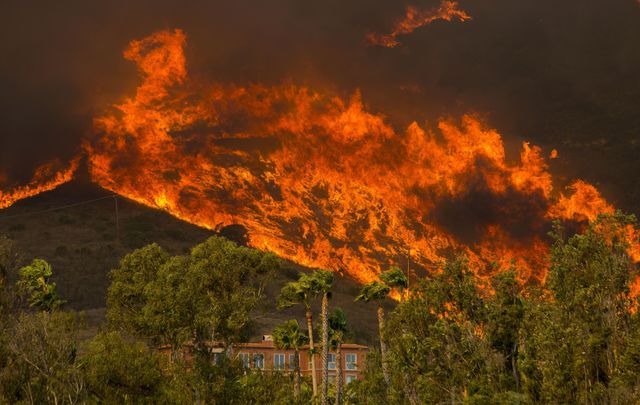 California wildfires are the deadliest in the state's history Getty

Dublin-born actor Victor Burke was one of the lucky people to escape the fatal wildfires ravaging California in the US.

Speaking with RTÉ, Burke said he initially thought people were “exaggerating” their accounts of the wildfire.

Fair City actor Victor Burke was among the thousands forced to flee their homes in Malibu due to large wildfires in California | Read more: https://t.co/mETiBBkpnA pic.twitter.com/YTgICmgKPp

“I thought they were all exaggerating till I saw the flames coming over the mountain – and then we ran. It was pretty extreme."

"Everyone was heading south to the Santa Monica area but there was a traffic jam so we headed north.”

“We were lucky to get out, to be honest,” Burke said. “We just ran. We just grabbed the kids and the dog and whatever we could grab.”

Since the escape, Burke “heard that our house is gone,” but said that he and his family are in a hotel and safe.

The California wildfires are now both the largest and deadliest in the state’s history. 42 people have died so far with another 200 still missing; officials expect those numbers to rise.

“There’s 250,000 displaced, everybody in our area is out,” said Burke. “People are gone now and they won’t be back. It’s going to be a very different place. People have lost everything.”