Sinn Féin President Gerry Adams urged the Taoiseach and Arts Minister to reconsider but the letter was eventually pulled from auction after failing to meet its asking price. 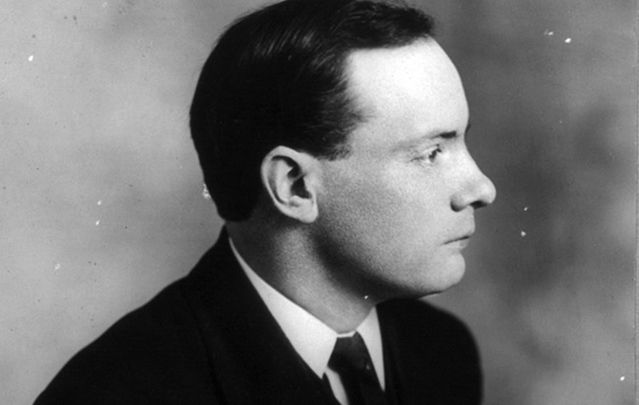 The final surrender letter by Patrick Pearse, leader of the 1916 Easter Rising, was predicted to leave Ireland for the US last year after Irish State cultural institutions deemed the $1 million price tag placed on the significant historical item to be too high.

The letter went to public auction on December 7, 2016, with a pre-sale estimate of between $1.06 - $1.6 million (€1 - €1.5 million). The Dublin fine art firm overseeing the auction, James Adam's, revealed that an export license for the letter was already being sought, as the artifact had already drawn plenty of international attention, especially from the US.

Although the letter failed to meet its reserve price and was pulled from auction when bidding stalled below the minimum figure, a spokesperson from Adam's confirmed that the current unidentified owner had requested they seek an export license so it can leave the country, describing it as “the most significant Irish document to be offered for sale”

“On this occasion, the reserve was not met,” said Stuart Cole, a Director at Adam’s.

“The owner, based overseas, has requested that Adam’s apply for an export license today to formally notify the Government that the document will be leaving Ireland and for the process to be expedited.

“The owner was saddened that the Government refused to bid for the document but now feels relieved of his obligations to keep the document in Ireland.”

“The cost mentioned was between €1m and €1.5m so there were other pressures that we felt we had to meet,” said Irish Minister for Arts, Heritage and the Gaeltacht, Heather Humphries, of the decision by the State’s cultural institutions not to acquire the letter.

"There were a number of such letters of a similar type. We felt that to spend €1m or €1.5m on one single letter would be rather a lot," she continued, emphasizing that the country’s National Museum already has other surrender letters written by Pearse at other stages of the rebellion.

Leading Irish historian Diarmaid Ferriter expressed his disappointment, however, at the idea that the letter could leave Ireland.

"It is absolutely essential that it should be held by an Irish cultural institution. It would be a terrible pity if it left the country," he told the Irish Independent.

"It is the last official document from Pearse and, after everything we have experienced this year, this document belongs here.

"The only hope we seem to have now is that a wealthy individual will buy this and donate it to the State,” he continued, speaking before the auction and expressing his understanding that the Irish government did not have unlimited funds to spend on such items.

See my question asking the minister if the state would purchase the last letter of Padraig Pearse- on display in GPO pic.twitter.com/jSjNxpCLwk

Sinn Féin President Gerry Adams also criticized the decision at the time, writing a letter to Minister Humphries to urge both her and Taoiseach Enda Kenny to strongly reconsider.

“It is a quite frankly a bizarre decision, particularly so in the centenary year of the 1916 Rising, for an Irish government to again pass up the opportunity to acquire a document of such historical import and significance,” he said.

Read more: Patrick Pearse whistled on way to his execution

“Everyone appreciates that State funds are not unlimited, but equally citizens will be perplexed at the continuing policy of the government of placing a price tag on our heritage and our history.”

The Government believed the purchase would “not be the best use of taxpayer’s money.”

The letter, dated April 29, 1916, was written by Pearse just three days before his execution by British forces on May 3 in Kilmainham Gaol. It was then handed to a Capuchin priest, Fr. Columba, who delivered it to the rebels still fighting in the Four Courts. The text called on the Four Courts Irish Volunteers to surrender stating: "In order to prevent further slaughter of the civil population and in the hope of saving the lives of our followers... commandants or officers commanding districts will order their commands to lay down arms".

Two similar letters sent to other garrisons in Dublin in the final days of the Rising are currently owned by Irish state cultural institutions.

“The reality is that someone outside the country will buy it. I have already been asked will I get an export license for it and I have asked the department, as they are not interested themselves."

If the letter had reached its auction estimate on December 7, it will become the most expensive document to ever be sold at an Irish auction.

Do you think the Irish state should have purchased the letter? Let us know your thoughts in the comments section, below.