Ireland will participate in its first-ever luge event at the 2022 Winter Olympics in Beijing, which begins on February 4. 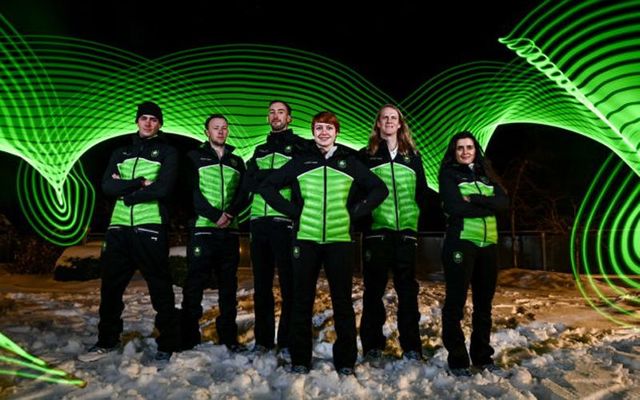 Team Ireland has named six athletes who will compete in the 2022 Winter Olympics in Beijing. The Games will run from Friday, February 4 to Sunday, February 20.

2022 will mark the eighth Winter Olympic Games for Team Ireland since 1992, bringing the total number of Irish Winter Olympians to 33.

Two of this year's participants are first-time Olympians, while the other four previously completed in Pyeongchang in 2018.

Elsa Desmond, 24, will be Ireland's first-ever athlete to compete in the luge event.

The British doctor, whose family hails from Ballyjamesduff in Co Cavan and Cork, set up the Irish Luge Federation herself in order to compete for Ireland, reports BreakingNews.ie.

Gower is a former Great Britain Junior World Champion, whose paternal grandmother was born in Dublin and settled in Skibbereen, Co Cork.

He was the Irish flag bearer at the 2018 Winter Olympics in Pyeongchang and also participated at Sochi 2014.

“It’s an incredible honor to be heading into my third Olympic Games,” said O’Connor, according to the Irish Independent.

“I was the flagbearer for the last Games, and that was one of the most memorable moments in my life. I feel privileged to be able to compete in Beijing, and am really looking forward to spending time with my teammates, and to what the next few weeks will bring.”

French alpine skier Tess Arbez, who has Irish roots in Carlow and Dublin,  will compete in the Giant Slalom, Slalom, and Super G events.

Thomas Maloney Westgaard, whose mother hails from Galway, will compete in his second Winter Olympics in the 15km, 30km, and 50km Cross Country events.

Cork-born Brendan ‘Bubba’ Newby, who competed in the 2018 Winter Olympics, will take part in the Freestyle skiing event.

Team Ireland trained at a pre-games camp in Innsbruck, Austria before traveling to Beijing on January 26.

“The camp offers an important opportunity for the athletes to get to know each other and bond ahead of competition," said Irish Olympic Federation spokeswoman Heather Boyle.

“The resilience and determination that these athletes displayed throughout the qualification process and throughout the challenges with which they were faced is a credit to them,” said Team Ireland Chef de Mission Nancy Chillingworth, according to The Irish Times.

“Throughout the past few years, due to Covid, athletes have endured changes to qualification pathways, experience cancelled qualification events, and have adapted their training on a continuous basis to ensure they could be as prepared as can be. The fear of a positive test has peppered their journey, and yet still, their steely focus has been commendable.

“There was a lot of competition to get on the team, and while the focus over the coming weeks will naturally be on the team, it is important to acknowledge the commitment and resilience shown by those athletes who missed out on qualification. I have no doubt that they too will have their opportunity to shine in the future.”