From 68F to 35F in one week! Ireland’s weather forecast brings nation back to reality after warm weekend blast. 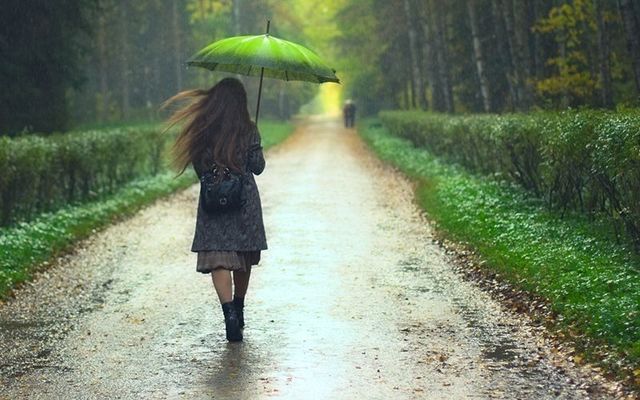 From 68F to 35F in one week! Ireland’s weather forecast brings nation back to reality after warm weekend blast.

After a blast of warm African air from the south last weekend Ireland is plummeting back to reality with rain, hail, thunder and temperatures as low as 35.6F.

According to Met Eireann Ireland should brace itself for an “unsettled and blustery” week ahead with temperatures hitting 35.6 F on Tuesday night. Last Saturday temperatures on the east coast had exceeded 68F.

Thankfully it’s not all bad news and the national Irish weather forecaster predicts that winds will east and rain showers will become more isolated later on in the week.

On their website, Met Eireann said: "Rain in Munster and south Leinster for a time this morning. Some showers further north. A band of showery rain will spread eastwards during the day and will clear this evening. Highest temperatures of 11C [51.8F] to 14C [57.2F] with moderate west to southwest breezes.

"Tonight, will start off mainly dry with clear spells. Showers will spread from the west overnight. Lowest temperatures of 3C [37.4F] to 7C [44.6F]."

On Wednesday the meteorological experts say it “will be blustery and showery day with good sunny spells but some showers are likely to turn heavy. Top temperatures will be around 10C [50F] to 13C [55.4F] which is normal for the time of year.

"West to southwest winds will be moderate to fresh and gusty. Wednesday night showers will again become confined to Atlantic coasts with good clear spells. Nights will gradually turn cooler with lowest temperatures around 2C [35.5F] to 6C [42.8F]."

Things are looking up as the week goes on.

“Thursday will see scattered showers and sunny spells. Perhaps a degree or so cooler with top temperatures around 9C [48.2F] to 11C [51.8F] and moderate to fresh westerly winds will continue.

“But winds will ease somewhat from Friday onwards as well as showers becoming somewhat isolated. Top temperatures around 10C [50F] to 12C [53.6F]. And cooler at night with a touch of grass frost likely.

“And on Saturday winds will be mostly light east to northeast with a few showers and sunny spells.”