Environmental researchers state that a collapse of civilization could take place in the coming decades due to ecological destruction, limited resources, and population growth. 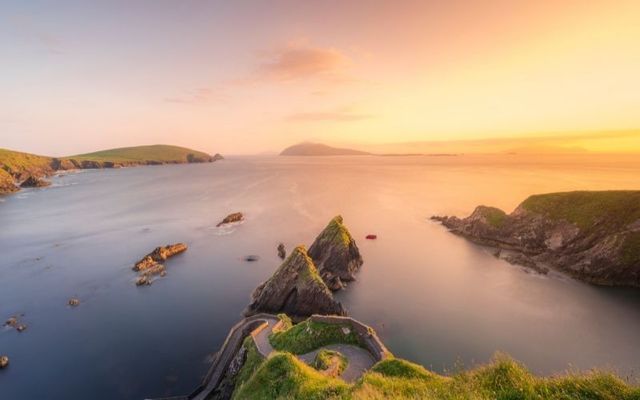 Ireland's island status would help it endure the collapse of civilization. Getty

Ireland has been named among the top five countries most likely to survive the collapse of global civilization amid reports that a worldwide breakdown could occur "within a few decades".

Researchers from the Global Sustainability Institute at Anglia Ruskin University, Cambridge state that a collapse of civilization could take place in the coming decades due to ecological destruction, limited resources, and population growth.

However, Ireland is well-placed to withstand such a catastrophe, raking fourth in the world behind New Zealand, Iceland, and Tazmania, while the United Kingdom completed the top five.

The Global Sustainability study found that island nations were more likely to withstand the collapse of civilization due to their ability to grow food for their population, protect their borders from mass migration, and maintain an electrical grid in addition to some manufacturing capabilities.

Researchers said that human civilization is in a "perilous state" due to the development of a highly interconnected and energy-intensive society, which has caused significant environmental damage.

"The globe-spanning, energy-intensive industrial civilization that characterizes the modern era represents an anomalous situation when it is considered against the majority of human history," the study says.

The report also claims that there are "large and growing risks" across multiple spheres of civilization, including the threat of a major global food shortage, a financial crisis, and a pandemic all taking place at the same time.

The Global Sustainability report comes shortly after a Dutch sustainability researcher claimed that a controversial 1970s study predicting the downfall of civilization appeared to be right on schedule.

Gaya Herrington, a researcher with Swiss thinktank the Club of Rome, recently authored a report examining a 1972 MIT study entitled "The Limits to Growth".

The controversial study predicted a variety of bleak outcomes when an ever-growing industrial civilization collided with finite resources. Herrington said that current data aligns with the MIT worst-case scenario analysis, which predicts an end to economic growth within the next decade and a total economic collapse in a further ten years.

"From a research perspective, I felt a data check of a decades-old model against empirical observations would be an interesting exercise," Herrington told the Guardian.

"The MIT scientists said we needed to act now to achieve a smooth transition and avoid costs. That didn’t happen, so we’re seeing the impact of climate change."

However, Herrington said that the MIT study was never about making predictions but about showing potential paths forward during a period of immense change. She said that there was nothing definitive in the study and that some of the predictions were "worst-case scenarios".

"The key finding of my study is that we still have a choice to align with a scenario that does not end in collapse. With innovation in business, along with new developments by governments and civil society, continuing to update the model provides another perspective on the challenges and opportunities we have to create a more sustainable world," Herrington said.

Herrington also noted that concerns raised in the '70s over resource scarcity or population growth have not manifested and have instead been supplanted by concerns over pollution.

"Now the concern is pollution and how it perfectly aligned with what climate scientists are saying."

She said that human civilization is capable of making huge changes but that it must act now to avoid costs "greater than what we're seeing".