A freezing and brutal winter is expected this year. 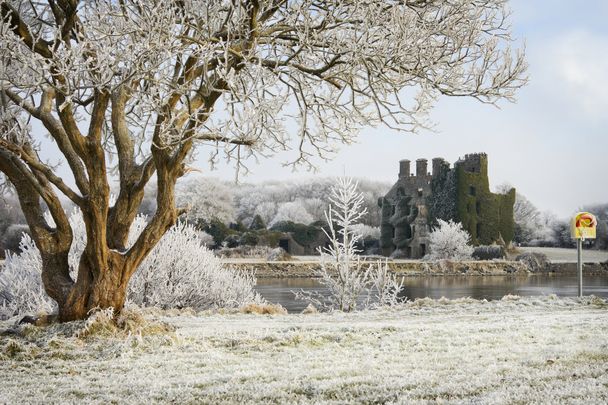 Weather forecasters have predicted an especially harsh winter for Ireland this year, with heavy snowfall and sub-zero temperatures expected. It will be one of the coldest winters the country has experienced in years.

According to the Irish Examiner, meteorologists say that recent solar activity levels, high Siberian snow cover last month, and volcanic emission patterns in Iceland all indicate Ireland is in for a brutal winter this year.

While temperatures will start to fall in November, the worst of the winter weather will likely occur between December and January.

“As we progress throughout November, it is going to become gradually colder across many parts of Ireland, in particular from around the mid-month point when it is likely to become exceptionally cold at times,” said Exacta Weather forecaster James Madden.

“This early start to what is likely to be a harsh winter is also likely to be accompanied by a number of potentially widespread snow events within this period and into the start of December,” he added.

SEE MORE: The five worst Irish storms of all time

“The parts most at risk of experiencing snow within this period will be to the north and east of Ireland and some of this cold could prove to be quite significant at times, even across some much lower levels of the country.”

He continued: “The worst-case and more plausible scenario could bring something on a similar par to the winter of 2009/2010, which was the coldest in 31 years, or an event close to 2010/2011, which experienced the coldest December in 100 years.

“However, the alternative and slightly more unfavourable scenario could see a winter period on a similar par to 2012/2013 developing, which would still support a colder and snowier-than-average winter throughout 2014/2015.

“If any month could prove to be very severe or potentially record-breaking in terms of the cold and snow episodes that are likely to develop, then January looks like being the main contributor for this on current indications.”

“February and into spring may also not escape an extension of these waves of cold and widespread snow at times. However, there are some conflicting signals for December at present, which could introduce some milder and rather unsettled interludes of weather at times.”

SEE MORE: The five worst Irish storms of all time