The Antrim church received thousands of visitors and even hosted a wedding for a four-star US general. 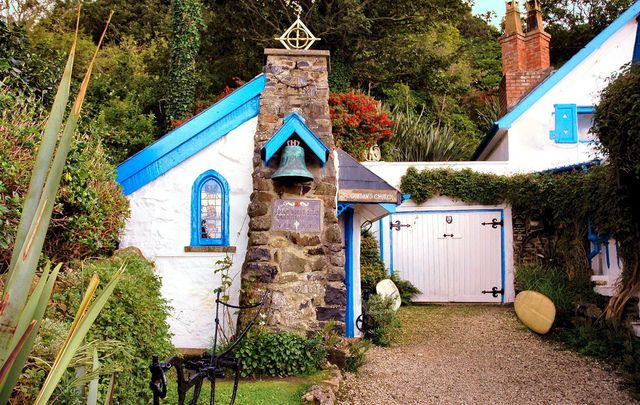 The former owner of what was Ireland’s smallest church has written to the Belfast Telegraph to tell of his sadness about its demolition.

St Gobban's Church was built by The Rev Con Auld at his home in Portbradden in Co Antrim from what was then a calf house in 1965.

Over the years the 11 foot by 7 foot place of worship became something of a tourist attraction for the locality with hundreds flocking to see the little church by the edge of the Irish Sea.

Rev Auld told the Belfast Telegraph that the idea for the small church came about in 1965; back then he also taught at the Royal Belfast Technical Institution and pupils would visit the house as a retreat.

When one pupil asked him, "Why don't we convert the old calf-house into a chapel?" he agreed.

4) St Gobban’s Church is only 8ft x 4ft in size and thought to be the smallest church in Ireland! Re-tweet & follow pic.twitter.com/WKUQsG0tUh

Over the years the church has received thousands of visitors and even hosted a wedding for a four star US general who had served his country in Vietnam.

"I think the largest wedding we celebrated was that of a four-star US general with a lovely Irish Coleen from the family who owns the Londonderry Arms Hotel in Carnlough," Rev Auld recalled.

"My sister Francine actually met Bud at the Londonderry Arms and I remember the American flag that flew that day from the flagpole at St Gobbans had flown in Washington that year. It was a really fabulous event."

There was only space for nine people in the Church and two were clergymen: one Roman Catholic priest and a Presbyterian minister.

"I was a witness for Francine as was Bud's brother who came from Australia. The service was beautiful,very meaningful and very emotional. This man who had led combat groups in Vietnam was being married in this little church, it was just an extraordinary thing. He was just overwhelmed by it all, it was unforgettable."

Rev Auld said the event was particularly eye opening for those who came from the United States for the event.

"The American guests said to me: 'All we ever hear of Northern Ireland is news about Protestants and Catholics fighting, and when we come here we find that you are marrying one another.'"

The Church also played its role in the Troubles: in the wake of the Omagh bombing in 1998 by the Real IRA, the small congregation set out to raise money for the victims and the total sum came to $130,000.

The Church has now been demolished by the owner of the house it's attached too but the memories of the tiny place of worship will endure for many decades to come.