Almost 1,000 people fined in Ireland for traveling more than 5km 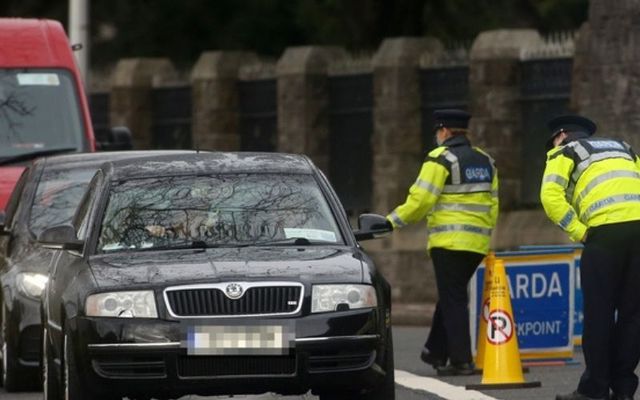 Gardaí have issued almost 1,000 fines in the past ten days to people who traveled more than 5km from their own homes for non-essential reasons.

The Irish Government introduced €100 fines on January 11 for anyone traveling more than 5km from their home for non-essential reasons in order to encourage people to stay at home. Gardaí say that 771 people have been fined for non-essential travel between January 11-21, while a further 200 fines are currently being processed, gardaí said.

Almost all fines were issued to people who traveled more than 5km for exercise, with people traveling to beaches, woods, and parks outside of their own exercise bubble.

In a statement released on Friday, gardaí reminded the public that if a driver is afound to be in breach of non-essential travel restrictions, other adult passengers can also be fined. The statement also warned the public that members of An Garda Síochána will be continuing its series of checkpoints and high visibility patrols at public amenities over the weekend to discourage non-essential travel.

Additionally, gardaí have issued 30 fines for the non-wearing of face masks in public places, with 26 of these fines taking place in a retail setting.

John Twomey, An Garda Síochána's Deputy Commissioner, said that most people were complying with the Irish Government's Level 5 restrictions but also said that everyone needed to stay home and practice social distancing.

"If people want to protect our health service and support our doctors, nurses and other front-line workers who are putting themselves in harm’s way every day to tackle COVID-19 then they should stay home. They should only make essential journeys, reduce their contacts, practice social distancing, and wash their hands. Please stay safe and keep others safe by staying home," Twomey said in a statement.