Ireland is the "world's greatest club," according to proud new Irish citizen from the US

Ireland, who welcomed some 3,500 new Irish citizens this week, invited new citizens to "come on in." 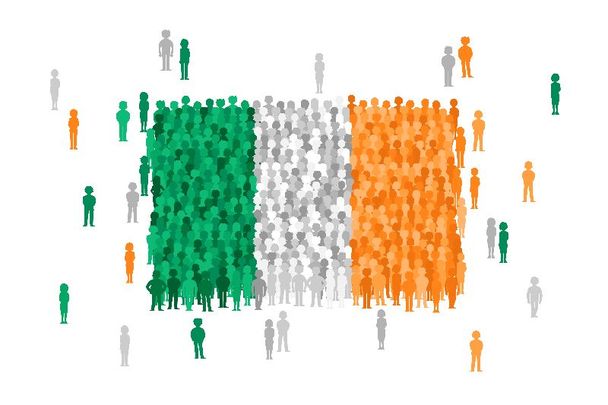 “I have just been put on the guest-list to the world’s greatest club – not the poshest, not the flashiest, but the best.”

Those were the words of Darryl Vance from the US and now living in Loughrea, Co Galway, after he became a citizen of Ireland at a special ceremony in Killarney, Co Kerry, on Monday.

Vance was one of 3,500 people from 130 countries around the world who became citizens of Ireland in a ceremony spread over two days this week. He told the Irish Examiner he had been waiting for this day “for a long time”.

He noted one speech from an Irish official that advised applicants to “come on in” to Ireland and bring their own cultures. “That just killed me,” he joked, stressing this was the opposite of the US where everyone had to forget their own countries and “sign up to apple pie and baseball.”

To date, including minors, approximately 155,000 people from 180 countries have received Irish citizenship since 2011 when official welcoming ceremonies replaced brief and little-publicized appearances by applicants who swore oaths of allegiance in the district courts.

More than 70,000 refugees from Ukraine only started arriving in Ireland this year and if any intend to remain in the country their citizenship applications will be considered and processed in forthcoming years.