Ireland is set for a white Christmas says expert forecaster 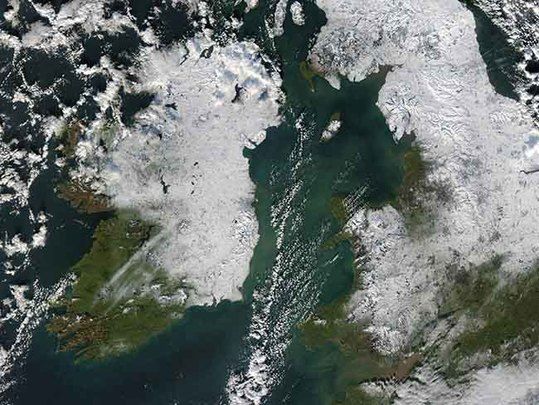 Forecasters believe Ireland is set for a white Christmas, with a festive snowfall most likely to occur in the north and east of the country.

Meteorologists have warned that the unseasonal mild temperatures of late Fall will soon give way to plummeting mercury levels, brutal polar winds and widespread snow.

The severest cold snaps have been predicted to take place later this month and into the new year, with December as a whole likely to be as bitter as four years ago – the coldest in 100 years in Ireland.

Forecasters also said the early weather patterns at this stage indicate that much of Ireland could be waking up to a blanket of snow on Christmas Day.

James Madden, a leading meteorologist with Exacta Weather, said: "The prospect of a white Christmas is often rather remote due to the mild and wet climate of Ireland.

"However, on current indications, there is every chance that parts of Ireland could see some snow falling on Christmas Day this year, or at the very least have lying snow on the ground in places."

Meanwhile, the Irish public have been warned to start bracing themselves for the arrival of the Arctic freeze in the coming days, as the mild weather most of the nation has enjoyed lately finally makes way for a more seasonal chill.

He said: "This is going to come as a major shock after the mild autumn temperatures and even though December is now odds-on to be a colder-than-average month, with a number of widespread snow events, our forecasting parameters have always indicated there is some potential for some even more severe wintry conditions in the run-up to and after the new year."

He added: "As we previously predicted, if any month could prove to be very severe or potentially record-breaking in terms of the cold and snow episodes that are likely to develop, then January looks like being the main contributor for this on current indications.

"February and into spring may also not escape the extension of these waves of cold and widespread snow at times."