Minister for Agriculture, Food and the Marine Michael Creed said he hoped the new rules would mean more Irish people would feel comfortable going to the circus. 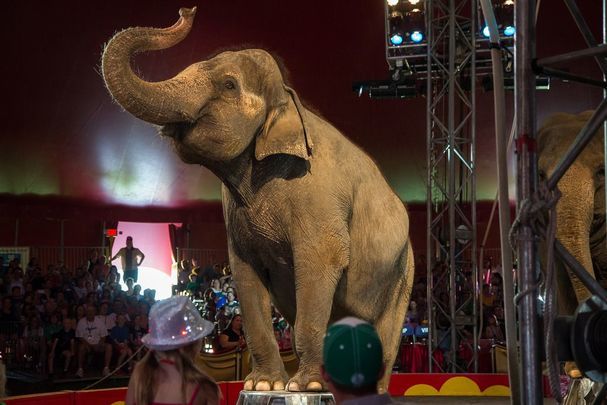 The use of wild animals in circuses in Ireland has been banned, the Department of Agriculture has announced.

Last year Dublin City Council brought in a ban and starting from January 1st next year the centuries old tradition of wild animals will be outlawed nationwide. The practise was increasingly in decline, with a growing public perception that it is cruel to use animals in such a way.

Read More: Spaniard fighting for his life after Baby the elephant crushed him in Cork circus

Minister for Agriculture, Food and the Marine Michael Creed said he hoped the new rules would mean more Irish people would feel comfortable going to the circus.

“The use of wild animals for entertainment purposes in circuses can no longer be permitted,” he told journalists.

“This is the general view of the public at large and a position I am happy to endorse. This is a progressive move, reflective of our commitment to animal welfare. I am of course allowing a modest lead in period to allow for alternative arrangements to be made for the animals in question.

“Coming in line with modern welfare standards will mean that greater numbers of the public will be more comfortable with going to the circus.”

The move was welcomed by animals rights groups who had long campaigned for an outright ban.

“Having campaigned to stop circus suffering in Ireland for more than a decade with our partners ARAN, we are delighted wild animals in circuses will be banned from 2018,” Animal Defenders International President Jan Creamer.

“Circuses cannot meet the needs of animals in small, mobile accommodation and Animal Defenders International has repeatedly documented suffering and abuse. We urge the UK and the USA to follow Ireland’s lead and consign these outdated acts to the past where they belong.”

What do you think, would this make you more likely to go to the circus? Tell us in the comments below.