This spider has become a real problem in California and it’s in Ireland too. 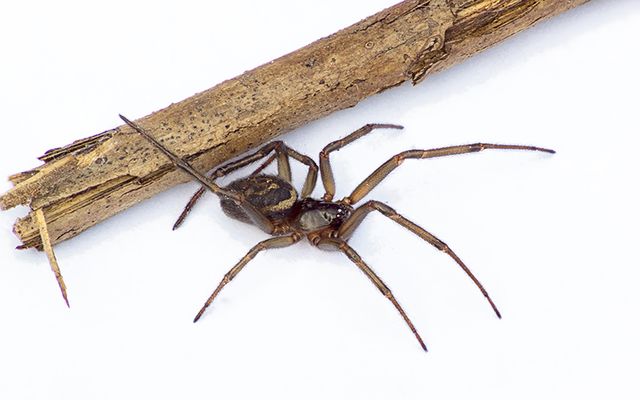 The flase widow spider's bite can be nasty. iStock

False widows spider are breeding at an alarming rate in Ireland

The invasive species was first recorded in Wicklow 20 years ago and it’s far more venomous and versatile than native Irish breeds.

With a lifespan of up to seven years, the females can lay up to 1,600 eggs each year and, so, the species is proliferating.

Three bite cases have recently been reported in Ireland, although the true number is likely to be far higher as many go unreported.

The good news is that false widow spiders, unlike the closely related black widow spiders, are not killers, although their bites can be terribly painful for their victims.

Warning issued as False Widow #spiders invade #Irish homes. How can you prevent them? https://t.co/Y2X7pR6XNy https://t.co/UE5kAtUeVB

Once bitten a victim’s skin may swell and become red and, in extreme cases, might need to be treated with antivenom.

Dr Michel Dugon from NUI Galway told the Irish Times that the bite was usually comparable “to the sting of a big wasp.”

That said, he remained very concerned about the spider’s impact on Ireland’s native species.

“That species lives a lot longer, lays a lot more eggs, has a venom that is a lot of more potent and is therefore capable of bullying native species, displacing them and taking over their habitat,” he explained.

“That can have some serious consequences for our ecosystem. In some urban areas, we have noticed where we should find common urban spiders, we don’t find them anymore, but, instead, we find hundreds and hundreds of false widows.”