19 years after Good Friday Agreement group opts out of remaining in an “isolated bubble detached from the real world.” 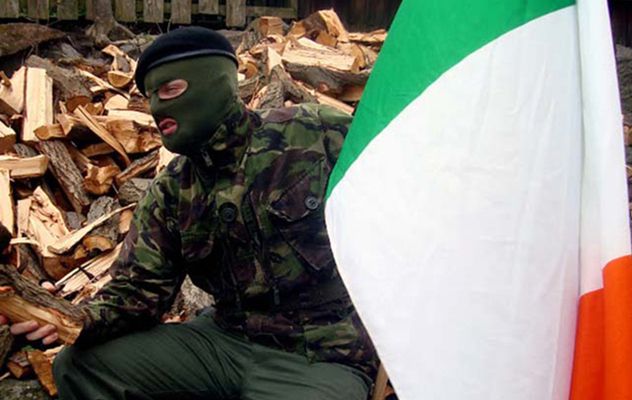 19 years on, IRA splinter group hints it will finally lay down its arms.

A small group of dissident republicans is to announce ceasefire. Óglaigh na hÉireann (which is the Irish for Army of Ireland) is thought to have carried out dozens of attacks on Britain’s security forces but now, 19 years after the Good Friday Agreement, it is ready to lay down its arms.

“For far too long” the organization had failed to adapt to the modernize and accept the armed struggle was over, former republican prisoner Gary McNally told a crowd on Easter Sunday.

The group famously split from the Real IRA in 2009 after allegedly claiming the Real IRA was  "more interested in criminality as a opposed to fighting the crown forces". The Real IRA began itself as a splinter group from the Provisional IRA which was connected to Sinn Féin and gave up on armed struggle following the Good Friday Agreement.

“Sticking to handed-down narratives and continuing to pursue failed or failing ventures in the hope of remaining relevant is accelerating irrelevancy. Wallowing in mediocrity created by this irrelevancy is sapping the integrity of the republican position,” McNally said. “Remaining in an isolated bubble detached from the real world and everyday struggles serves no purpose and advances no cause.”

He admitted the Republican Network for Unity, of which he used to used to be chairman of, had not had much electoral success in recent years.

“Irish republicans must provide a coherent vision of the future, what a united Ireland will look like, how it will benefit the Irish people as a whole and how we can achieve this. The window of opportunity has been made smaller by the latest election results. Republicans must begin to change this and widen the window.”

Nathan Stuart, a spokesman for the group, confirmed the group was rethinking its strategy on how to achieve a united Ireland.

“Republicans have been constrained by the notion that because one generation pursued a certain path that we must do the same.

“We have debated the efficiency and effectiveness of this in 2017 and continuing along that path is simply making republicanism irrelevant to the majority,” he insisted.

“Some will remain wedded to a strategy that has resulted in the isolation and the political quagmire we find ourselves in.”

The group which is primarily based in Belfast and thought to have only about 50 members has been implicated in numerous attacks on Northern Ireland’s police service as well as local drug dealers.

Its current leader, Carl Reilly, is thought to being monitored by law enforcement on both sides of the Irish border and is facing charges of directing terrorism in the north as well as membership of an illegal organization; he has denied both charges.