The International Commemoration of the Great Irish Famine is Oct 28

The International Commemoration of the Great Irish Famine is being hosted on October 28 in Melbourne, Australia. 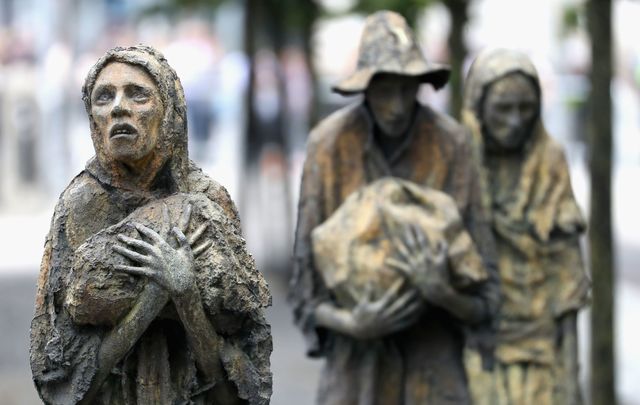 The annual commemoration is in Melbourne, Australia this year

On Sunday, October 28, the International Commemoration of the Great Irish Famine takes place in Melbourne, Australia.

Read More: International Great Famine commemoration to be held in Melbourne this year

Questions that will be discussed include: What impact did the Famine have on Irish Australia? How did you personally get involved in Irish-Australian history? What new insights have come to light in the 30 years since Patrick O’Farrell wrote his book The Irish in Australia? What future research into Irish Australia needs to be done?

The event will also include a commemoration of the Irish Orphan Girls who arrived in Australia. Descendants will be able to name the orphan girls, and lay flowers in their memory.

Irish Minister of State and Limerick TD Patrick O’Donovan will represent the Irish Government at the event and will be the guest speaker.

In September, Minister for Culture, Heritage and the Gaeltacht and chair of the National Famine Commemoration Committee Joseph Madigan said how “particularly fitting” that this year’s international commemoration will be held in Melbourne given the “strong historical links between Melbourne and Cork.”

“Some 1,700 of the 4,412 young Irish women and girls who traveled from the workhouses of Ireland between 1848 and 1850 under the Earl Grey Scheme in search of hope and a new beginning, many of them from County Cork, were processed through the Government Depot in William St, Melbourne.”

Minister Madigan added that the event “represents an opportunity to not only honor the work of the Irish community in Melbourne in preserving its history but also to pay special tribute to the memory of those young women and their contribution to their adopted homeland.”

This is the fourth year that the Commemoration is being hosted in an international capacity. Last year, it was hosted in Toronto, Canada. Melbourne’s event is open to the public.

In 2008, the National Commemoration was launched in Ireland following a government decision to mark the Great Irish Fame with an annual national memorial day.