Declan Weldon, from Castleknock, was vacationing in Cancun, when his family got the call that he was in a coma. 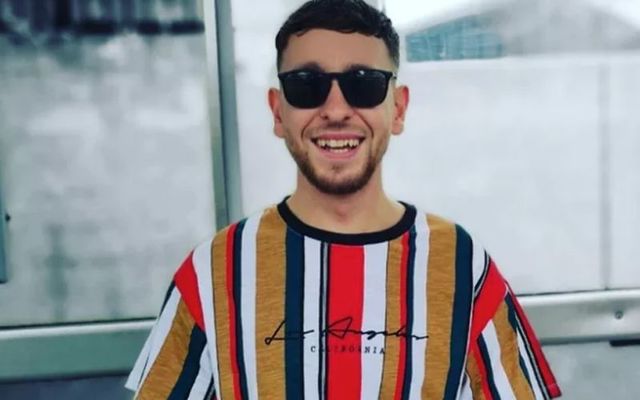 Family are trying to raise funds for the medical care of Declan Weldon, 27, who is in a coma following a head injury in Mexico. GoFundMe

The family of an Irishman mysteriously injured in Mexico is desperately trying to raise money for his medical bills.

Declan Weldon, from Castleknock in Dublin, was vacationing in Cancun with a friend, when his family received a call that he was in a coma.

Little is known about what led to the injury, and due to a language barrier, the family have been unable to get answers from hospital staff.

The 27-year-old was airlifted to a hospital by emergency services last week after being found unconscious with a head injury, reports The Sun.

He was put into an induced coma and is now in a private hospital in the intensive care unit.

Deco’s sister Jennifer, said: “He had only been in Mexico since last Thursday and this happened on Saturday morning. He was with his friend, so thank God for him, because he’s trying to communicate with us as best he can.

“We’re not sure what happened so I’m traveling to Mexico tomorrow to try and find out all these answers.

“I’ve been emailing the hotel and hospital and I’m not getting much information from anyone, we have no idea what happened.

“All we know is that he is in an induced coma at the moment and he’s not responding.“His passport is gone missing, he doesn’t seem to have anything so we’re going over to see what the story is.”

She said Deco’s friend in Cancun received a call from the hospital after the accident.

She said: “His friend was in the hotel and got a call to say Deco was in hospital. He’s allowed into hospital so he did a video call with us, but Deco is just lying there with tubes.

She said they have had trouble getting information because the hospital staff speaks little English.

“The hospital have been quite bad for giving information, to get a doctor who speaks English, so we have to get an interpreter," she said.

“There are some people who speak English, but many of the doctors don’t and they won’t give us any medical information, in case they tell us the wrong information, and then you’re on hold, and eventually they hang up. It’s been really stressful.”

The family have set up a GoFundMe page to raise money for Deco's medical bills, which are approximately €10,000 for every day he’s in the ICU.

They nearly reached their goal of €50,000 within two days, according to DublinLive.ie.

Jennifer said: “The reason for the fundraiser is because the hospital wanted €10,000 before they even put him into ICU — so you can imagine how stressful that is.

Jennifer and mum Vera Wheldon are flying to Cancun, where they will try to get some answers as to how Deco ended up in hospital.

The family are receiving assistance from the Irish consulate in Cancun, reports the Irish Independent.

Deco's family said they are extremely grateful for the support.

On the updated GoFundMe page, Jennifer wrote: “The Weldon family will be forever grateful. Declan is still sedated in an induced coma.”

Experience the best of Ireland with these luxurious, customizable tours
End of the Northern Ireland Orange State after 100 years of repression
Irish Great Hunger Bord call out Quinnipiac for failing to protect historic artwork
Missing Ireland? Connect to the Emerald Isle with a limited edition Irish gift box
Pierce Brosnan and sons looking good in GQ shoot
Lakeside Donegal traditional farmhouse has dream project written all over it
Belfast-built ship that sent iceberg warning to the Titanic discovered in Irish Sea
Colin Farrell reveals he was kicked by his ass of a costar while filming his new Irish movie
WATCH: Short Irish film captures a snapshot of 1940s Dublin