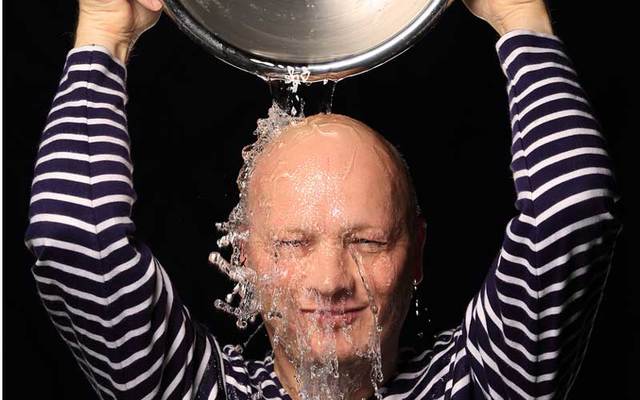 A man pours cold water over his head. iStock

A new drug used to treat patients suffering from amyotrophic lateral sclerosis (ALS) has been been approved by the Food and Drug Administration.

It is the first new drug to be approved for the debilitating disease in 22 years — thanks in part to the Ice Bucket Challenge, which took over social media during the summer of 2014.

The social media campaign was started by a young man in Boston to raise money for those suffering with ALS, commonly known as Lou Gehrig’s disease. The challenge prompted millions of people to post videos of themselves dumping icy cold water on their heads. During the campaign, the ALS Association received $115 million dollars in donations in just eight weeks.

The FDA approved the drug Radicava (edaravone) less than a year after the application for the treatment was submitted; however, it was not expected to be available for another two to three years. The medication was pushed through sooner than expected in part due to the funds raised from the Ice Bucket Challenge.

The only other treatment used specifically for the treatment of the disease is riluzole, which was approved for use in the U.S. in 1995.

According the FDA, Radicava (edaravone) “is an intravenous infusion given by a health care professional.”

ALS is a progressive neurological disease that currently does not have a cure. The disease affects the nerve cells in the brain and spinal cord that control muscle function. The cells lose their ability to initiate and control muscle movement, leading to paralysis and death.

"What #socialmedia has done is give people a new voice, from patient to patient," said Pat Quinn, co-founder of the ALS Ice Bucket Challenge pic.twitter.com/XRj1TUJfFT

“It has been described as a glass coffin, which I think is incredibly accurate,” said Andrew Berman, a member of the board of directors for the ALS Association for the DC/MD/VA Chapter. “You don't lose any mental function whatsoever, but your body slowly withers and you lose the ability to control your muscles.”

The FDA reports that during a 6-month trial in Japan participants on Radicava did not experience a decline in function as much as patients on a placebo.

The company estimates that the medication will be available in the United States this August.

“We hope (the) announcement signals the beginning of a new chapter in the fight against this terrible disease,” said ALS Association President Barbara Newhouse.