Millar warned illegal Irish not to open their door to ICE officials unless they produce an arrest warrant signed by a judge. 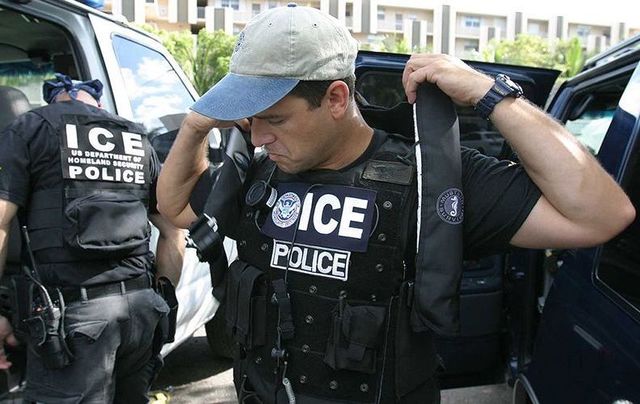 Major crackdown on Irish undocumented in Boston, the prime target of Immigration and Customs Enforcement agencies.

Undocumented Irish living in Boston appear to have become a prime target of Immigration and Customs Enforcement agencies, according to Irish immigration sources who spoke to The Irish Times.

“It seems to be tougher than ever before,” said Boston lawyer John Foley, who has represented many undocumented Irish cases this year.

“We’re hearing more and more stories, and it is fair to say people are very scared. They are going to extremes. They are sleeping in different places.”

One undocumented Irish man woke up to find two ICE officers in his bedroom. Others who are simply appearing in court on minor traffic charges and misdemeanors have also been picked up.

The number of Irish detained has risen to 36 from 24 in 2016 according to statistics, but that is only the number for those deported. Many more are being held in holding centers and some are fighting deportation.

“ICE targets any individual who is suspected of violating US immigration laws, with a focus on those who have criminal histories,” an ICE spokesman said.

Read More: The heartbreak of being undocumented in America this Fourth of July

“We have had 17 Irish detained already this year,” said Ronnie Millar, executive director of the Irish International Immigrant Centre in Boston.

“We have definitely seen in Boston greater enforcement, and we are representing a number of individuals and we are supporting them as best we can. There is a deep, deep concern about the increased activity here.”

“There are definitely people saying enough is enough and they are returning to Ireland, ” he said.

Millar warned illegal Irish not to open their door to ICE officials unless they produce an arrest warrant signed by a judge.