Irish woman Amanda Large Teague, who is divorced from the pirate ghost, said she is "interested" in murder suspect Ian Bailey and believes she has a "connection" with him. 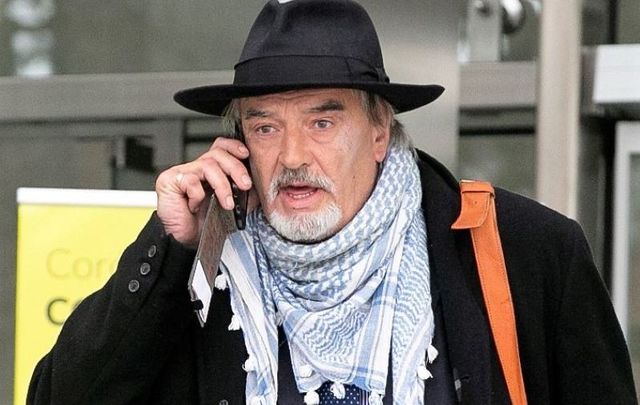 Ian Bailey leaving the Criminal Courts of Justice in Dublin in 2020. RollingNews.ie

An Irish woman known for marrying a  300-year-old pirate ghost admits she is "interested" in Ian Bailey, the prime suspect in the 1996 murder of Sophie Toscan Du Plantier.

Amanda Large Teague, who also goes by the stage name Alisa Rose, claimed to have married the 300-year-old ghost of a Haitian pirate back in 2018, but divorced the spirit less than a year later.

The Drogheda native now says she has struck up a friendship with murder suspect Ian Bailey and speaks to him “almost every day.”

Bailey, a former journalist, was the prime suspect in the now infamous 1996 West Cork murder of Sophie Toscan Du Plantier, now the subject of two documentaries.

Bailey was convicted in absentia of the murder in France, and Sophie Toscan Du Plantier’s son firmly believes that the Schull resident murdered his mother. However, Bailey has never been charged in Ireland because of a lack of evidence against him.

Large Teague told The Star: “I’m interested in him as a person, yeah. For me sexual attraction is to do with a connection and not necessarily to do with other things so hence I’m very picky.

“But we have struck up a connection.”

Although she refused to comment on whether the relationship was more than a friendship, she added: “We’ve been speaking with one another almost every day for the past two weeks.

“I don’t want to use the word intimate but we have talked about how we feel about things; things you don't just talk to anybody about.

Bailey confirmed that he has been in regular contact with Large Teague, but hesitated to call it a friendship.

“Not every day, but every two or three days. That’s my recollection,” he said.

“She contacted me through social media. I don’t think I’d heard of her before. I know she’d worked with Linda Martin.

“Anyway she contacted me and she told me she was, shall we say, sympathetic to my situation, and she has organized an online petition called Justice for Sophie and Ian."

When told that Large Teague said she felt a connection between them, Bailey said he was flattered.

“Do you know what, I don't know anything about that, but that would be a private matter.

“If it is true what you’ve told me (about the connection she feels), I would be flattered.”

When asked about the fact that Large Teague was once married to the ghost of a Haitian pirate, Bailey laughed and said:

“Do you know, I don’t know anything about a Haitian pirate.”

According to Extra.ie, Bailey is currently single. His long-time partner Jules Thomas has split from him, although they still live on the same property.

Large Teague contacted Bailey on social media after seeing the Jim Sheridan documentary “Murder at the Cottage: The Search for Justice for Sophie,” offering her help in clearing his name.

Large Teague believes Bailey is innocent of the murder and said she believes he was targeted for being different. She said that she received a lot of hate for her relationship with the ghost pirate, which led her to empathize with Bailey.

“I spent a long time trying to move away from that and move on. I guess that’s kind of why I can understand where Ian is coming from - because I got a lot of hate over that.

“People have talked about his behavior and called him crazy.

She claims a close connection with Bailey, which she feels has the potential to turn into something more.

"We have a connection. We're kind of chatting and you know what's going to happen in the future and where it will or won't go, I can't answer that honestly.

"I would say we're at the point we've made a connection and that doesn't happen very often with me."