The storm has been called the worst rainfall disaster in U.S. history. 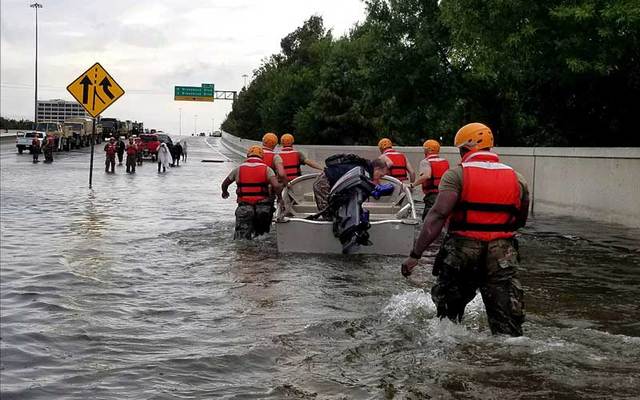 A Northern Ireland man living in Houston has described the “sheer devastation” caused by Hurricane Harvey.

Climatologists have called the storm the worst rainfall disaster in U.S. history. The hurricane, which hit Texas on Friday, August 25, generated an unprecedented amount of rain — a rare flood event seen only once in 1000 years.

Chris Bohill is from Downpatrick but has been living in Houston for the past 12 years.

He told RTE News: "I have never seen anything like it in my life. Where I live there was a park and a baseball field, now it's just an ocean. It is phenomenal.

"We are very lucky where we are, but there are many parts that have been devastated. They have been calling for people with specialist vehicles to help with the rescue effort. There are downtown areas that are just submerged.

"Thank goodness it stopped," he said, "otherwise we would have had to evacuate.

"Watching the news has been absolutely horrendous - water is just everywhere. There is nearly 7 million people in this city and large parts of it are underwater."

According to reports, there have been at least 47 deaths in Texas related to the storm, which has also damaged approximately 20,000 homes and displaced tens of thousands of people.

United Way of Greater Houston has also launched a relief fund for storm-related needs and recovery in the community.

The Salvation Army is providing help to survivors and relief workers and is accepting donations to support their efforts.

(IrishCentral is not endorsing these organizations. Please research any charity before you donate to it.)