The plans call for a city capable of housing 50,000 Hong Kong migrants. 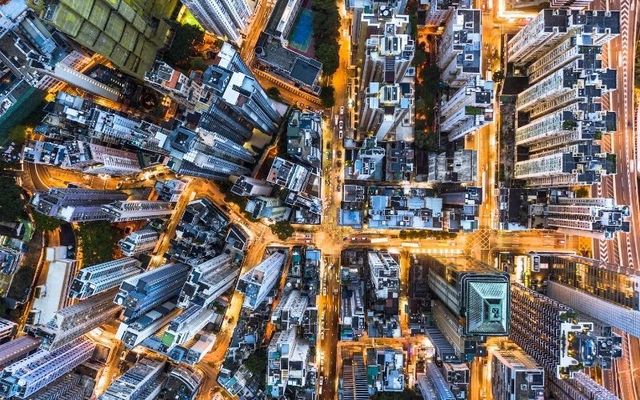 A Hong Kong businessman plans to build a new city in Ireland. Getty

A Hong Kong businessman who planned to build an autonomous city in Ireland has been told that the plan is likely to be rejected.

The plans call for a semi-autonomous city to be built from scratch somewhere between Dublin and Belfast. The city would be called Nextpolis, according to the plans, and would house tens of thousands of Hong Kong citizens looking to flee China's crackdown in the city.

Ko has pitched the plan to Irish officials, arguing that it would assist the Irish Government's plan to develop regions outside Dublin.

Ko reportedly favors a site close to the Northern Irish border between Drogheda and Dundalk, which is just a short drive from Dublin Airport.

A total of six sites are being considered for the city.

The proposal includes plans for schools that teach in Cantonese and would include brand new infrastructure linking the new city to Dublin Airport.

The Hong Kong businessman told the Guardian that he favored Ireland due to its low corporate taxes and its strong manufacturing and biomedical industries. He additionally cited that major technology companies have their headquarters in Ireland.

Ko has held limited talked with the Irish Department of Foreign Affairs over the issue, but the Department appeared to quash the idea.

"Following an initial approach in December 2019, the department had limited contact with the individuals involved to provide helpful and realistic guidance about Ireland. Since providing this guidance there has been no further action taken by the department in this matter," a Department of Foreign Affairs spokesperson told the Guardian.

Read more: After this coronavirus pandemic, China must be held accountable

The Sunday Times reported that the original plans for the city called for a much larger development, capable of housing more than 500,000 Hong Kong residents and spanning more than 500 sq km. However, the Guardian reports that the businessman has scaled the proposal back after receiving feedback from Ireland and other potential host countries.

"We found out that replicating the Hong Kong model was not suitable, as if we were imposing something, and that Hong Kong people would be seen as segregated from the rest of the population."

Nextpolis would follow the host country's laws and political system and wouldn't have a separate border, according to Ko.

The city would "just be a new city to let Hong Kong people live together and at the same time integrate with local businesses so we can maximize the benefits to both sides."

Ko plans to develop a city capable of housing migrants from Hong Kong following China's recent imposition of national security laws in the region, prompting many residents to consider leaving Hong Kong amid fears of persecution.

Ko plans to send a delegation to Ireland as soon as COVID-19 restrictions ease to meet local residents and gauge interest in the idea in addition to inspecting potential sites.

However, Government officials have reportedly told Ko that Irish people are unlikely to support the idea, stating that Irish people had fought long and hard for their freedom and that they are not inclined to sell part of their country to anyone.

The Sunday Times reports that the proposal is unlikely to go through.