David Meade says his smartphone didn’t record anything at all whilst he watched the performance. 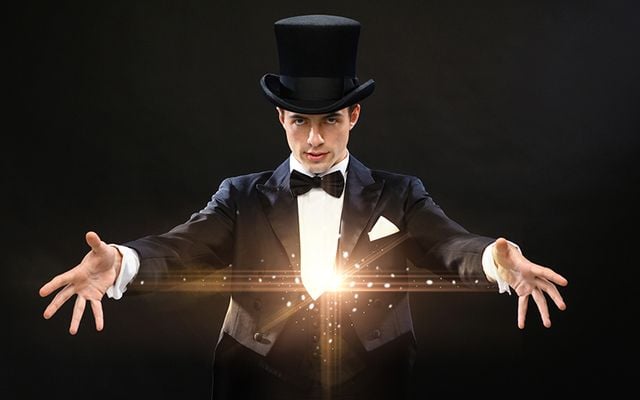 A magician from Northern Ireland has been accused of secretly filming an award winning rival’s show on Broadway.

The New York Times reported that staff working at a performance by magician Derek DelGaudio, of his show “In & Of Itself”, spotted an audience member with a light beaming out of their smart phone.

At one point he took the smartphone out and held it under his chin and pointed it towards DelGaudio.

That man was David Meade, a mentalist (someone with a claim to high mental abilities) from Northern Ireland; aside from working in the world of magic, Meade has also worked for the BBC, as a motivational speaker and a college business lecturer.

But word spread amongst the tight-knit world of magicians and a few days later Meade learned from a mutual friend that DelGaudio was convinced he had filmed the show - huge “no no” in magician circles.

Well, we must be doing something right. This week we caught not just one but two professional magicians secretly filming @InandOfItself.

Meade fired off a message to DelGaudio’s Facebook page denying the claims but it landed in his spam folder and he never saw it.

After the New York Times put the allegations to him, Meade decried them as baseless.

“As the usher checked and can attest, I had absolutely zero video, photo or audio recordings from Derek’s show,” he told the paper. “I want to be absolutely clear. I categorically refute these claims.”

There are a number of apps that help people use their phones to record material clandestinely but Meade said that his iPhone 6 was “completely unmodified”.

And he offered fulsome praise for DelGaudio’s show, calling it, “the best thing I’ve ever seen in a live stage show in my entire career.”He added: “I hope Derek will come see my show some day so he can be assured it’s nothing like his.”

Days later DelGaudio said he saw another magician film the end of the show and asked him to delete the footage afterwards.

“I’m kind of living my childhood fantasy of creating a Willy Wonka factory,” he explained. “And now we have real-life Slugworths trying to steal our gobstoppers.”

DelGaudio has won three Academy of Magical Arts Award and fiercely guards the original material in his show. Magic tricks can, in theory, be patented but that means revealing the methodology behind them and as such performers don’t usually bother.

As such, the history of magic is filled with those who seek to understand the tricks of their rivals and use them in their own show.