All the basics - and some fun facts - about County Kildare. 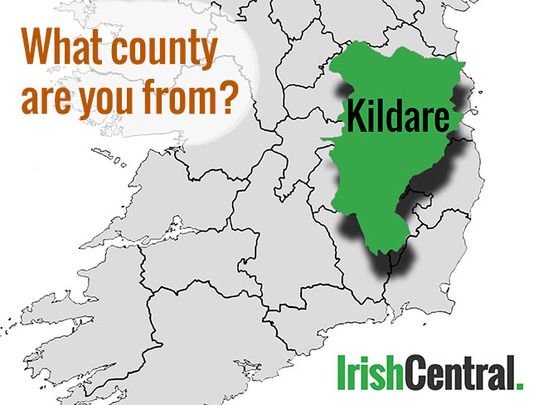 All the basics - and some fun facts - about County Kildare. Jay Sia

All the facts and interesting trivia about the Irish county of Kildare.

Nickname: The Lilywhites, The Short Grass County, The Thoroughbred County

A brief history of County Kildare

The County of Kildare is named after the town of Kildare. The town took its name from a church built by St. Brigid under an oak tree in the 5th century. The church grew into the religious establishment “Cill Dara”.

The monastery survived several attacks by the Vikings during the 9th century and the community continued to expand. In 1189 the Cistercian Abbey was formed and an Augustinian establishment was founded in Naas in 1200. These monasteries were a center of learning during medieval times.

After the Norman invasion, the Fitzgeralds were granted the county and became a major force in the area during the Middle Ages. They built Maynooth Castle.

In the 1640s there were a number of rebellions and skirmishes. The town of Kildare was nearly destroyed by the Earl of Ormond and the English forces under his command in 1642. This followed the rebellion of the Catholic confederacy in 1641. In 1654 Oliver Cromwell confiscated the lands of many Norman families. Then following the Williamite War (1689 to 1691) many landholders lost their lands again.

The Georgian era was a prosperous one for County Kildare (1714 to 1830). Houses such as Castletown House (built by William Conolly of Donegal, in the 1740s) popped up. The Curragh Race Track was built.

The Industrial Revolution brought a cotton mill, a distillery, factories, the railroad, and the construction of the Grand Canal.

The Irish National Stud, in Tully, is a thoroughbred horse breeding facility. The popular attractions at the stud include the farm itself, the Japanese Gardens, St. Fiachra's Garden, and The Horse Museum.

Castletown House is a Palladian country house built in 1722 for William Conolly, the Speaker of the Irish House of Commons. It is the centerpiece of a 550-acre estate.

Maynooth Castle is a ruined 12th-century castle in Maynooth, County Kildare, Ireland which stands at the entrance to the South Campus of the National University of Ireland.

The Bog of Allen Nature Centre is a national center of excellence for peatland education, research, and conservation. Facilities include a peatland museum, exhibitions about the Bog of Allen, a research library, habitats, and gardens including the largest garden of carnivorous plants in Ireland and the U.K.

Kildare cottage is the perfect retreat for $168k

The top 5 places to visit in County Kildare